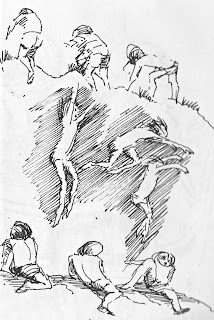 I find August a relaxing month even when I work right through it - something to do with everyone around me going away and leaving behind a quiet absence - or recollections of all those long gone August seaside holidays which cast a pleasant atmosphere over my working day. I recall it rained a lot on those holidays confining three energetic boys and a very large dog to a small cottage for hours on end. It was John Verney's books that always saved the day - each holiday he leant us a new one for reading aloud - Friday's Tunnel, February's Road, Seven Sunflower Seeds, Samson's Hoard were the ones I remember. 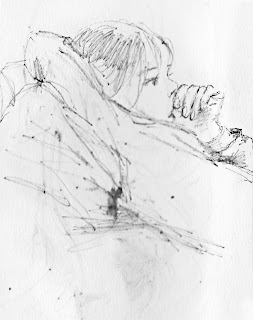 They were humorous and had rip roaring adventures and everyone became absorbed  and listened quietly until the sun came out again. 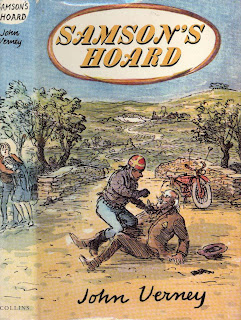 Later, I read Going to the Wars, a story of Verney's time with the North Somerset Yeomanry and then the Royal Armoured Corps after war broke out in 1939.  It was a wonderful book crying out for a sequel about his escape from an Italian POW camp, but nobody could persuade him to revisit that time of his life and he settled down to humorous painting. I still have his Dodo-pad and one of his Culpepper Cushions and my last memory of him was in his studio, painting chests of drawers with naughty knobs. 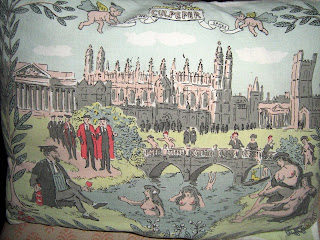 Posted by Gillian McClure at 07:54