Like many other author/illustrators of picture books, I’ve been approached by several different ebook/ app developers for stories. So, realising I needed to learn more about this whole business, I talked to Raphaella Serfaty who has been creating apps and ebooks with her sister Shulamit Serfaty-Engel for about 3 years and she has very kindly answered a few of my questions. 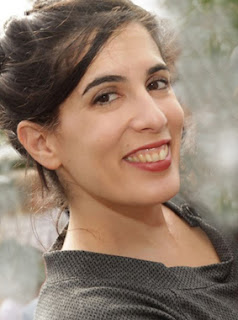 R: Yes, "Content" is the name of the game! There are many developers out there, who can create all these clever platforms to present and download ebooks. All they need now is content.
G: This is a dumb question but I’m not at all clear about the subtle differences between an app and an ebook. Perhaps you could give me a definition.
R: "App" is short for “application", as in software application — in other words, a software program.
An "app" typically refers to software used on a mobile device such as the Android, iPhone, iPad etc.
There are hundreds of thousands of apps available, ranging from maps and entertainment guides to business and games for children.
An ebook is an electronic book, which can be read on computers or on devices called ebook readers, such as Kindle.
So the difference between and app and an ebook would mainly be the level of interactivity - where an app is more like a game, while an ebook is more similar to a book.
G: But as the content of apps become more story led and an ebook more interactive won’t they end up roughly the same thing or do you think they are going in different directions?
R: There are also "interactive books", which are a merging of the two: they're still based on stories, but more playful than "plain" ebooks. In the past 3 years, our publisher, Jolly Giraffe has published dozens of apps and ebooks for children.
Some of the projects involved converting our old books (which have been published as physical books) into ebooks. In other project we have created new texts and images according to well planned storyboards for new apps. 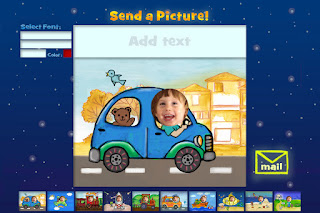 I'm In! - Traveling
﻿
G:  When I work on a physical picture book for a publisher I create a text, illustrations and cover image and then hand over to the publisher’s designer who deals with typography, all the scanning and preparation of files for production. What is the equivalent workload for you when working with an app or ebook producer?
R: New processes and way of thinking.
Creating an app was something new to us, both technically and conceptually. In addition to creating texts and images, as we used to do in our physical books, we now had to produce and manage many other aspects, such as sound recording, animation and the whole logic of the interactive elements seen and touched on the screen. 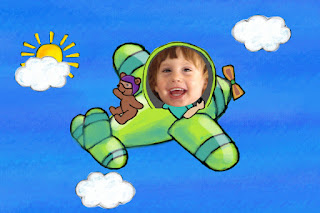 We had to plan and create a very detailed storyboard which would represent everything that could possible appear on each screen, in a way that would be clear to the developers.
So many devices! One of the problems of creating apps and ebooks is the wide range of devices available; each has their own screen format and resolution. Adjusting the images and design to all available formats added lots of time and effort to the project. And new devices and format keep coming out all the time!
G: And remuneration? I receive an advance and then royalties for a physical book. Afterwards there is PLR, copyright monies from ALCS and DACS and royalties from overseas editions. What happens with apps and ebooks? 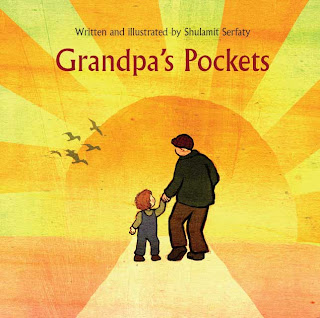 Grandpa's Pockets﻿
R:Working with Apple:
Before getting any payment, you need to have your app at the appstore so that people can see it and download it. Submitting an app to the appstore involves a long process of opening an account, filling in lots of information and eventually submitting your app for review by the Apple team. Once they approve your app, it is launched to the appstore and you can follow downloads and purchases. Apple takes 30% of the app price and you get paid monthly for downloads. Normally you would see a peak of sales in the first few weeks, when the app gets exposure, and then the selling curve goes down.
In our case, we still get downloads daily, and have covered our original investment, but I can’t say we are making a living out of this.

G: Would marketing help?
R: Marketing and promotion is a tricky issue when it comes to apps. It hasn’t been proven that investing money in marketing apps actually increases traffic and downloads. On the other hand, many apps, such as Angry Birds, that hadn’t put anything into marketing have made a fortune by being viral. In many cases it is a mouth to ear thing, where people see something they like on their friend’s device and download it.

Yet, what we did find effective is “Facebook App Parties”, which are virtual parties, usually hosted by facebook pages dedicated to educational apps for children (such as MomsWithApps, iPhoneMom, TechnologyInEducation and many more). These facebook page review and recommend apps daily and every few weeks announce an app party, where all app creators reduce prices on a certain date and parents can visit these pages and “grab the bargains”…
G: It sounds like the sales! Thank you so much, Raphaella for giving an insight into the world of apps and ebooks. Good luck with them. I hope you continue to get a great many downloads!

Here's the You Tube  clip to Grandpa's Pockets