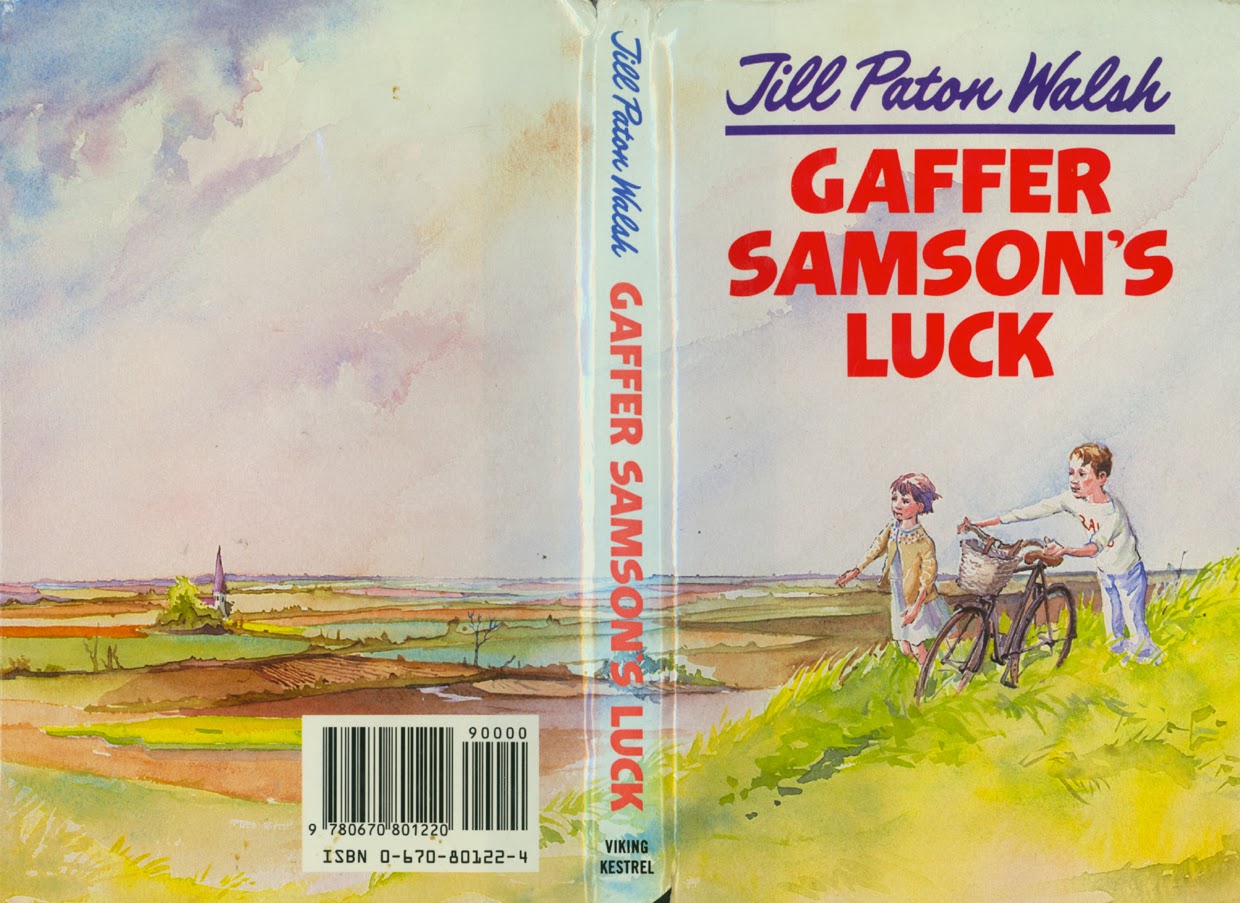 The recent publication of Jill Paton Walsh’s new Peter Wimsey book, The Late Scholar prompted me to search on my bookshelf for one of her children’s books, much loved  by my sons back in the mid 1980s –Gaffer Samson's Luck .
When I read it again, I saw why this story had been such a favourite and also why, in 1985, it had been the Grand Prix Winner of the first Smarties Prize for Children’s Books. I remember being present at that award ceremony because a book I’d illustrated, Tog the Ribber, had been on the picture book shortlist. I didn’t know Jill then and my memory of the ceremony held in the is a surreal one of trams and buses looming  in the background.
Gaffer Samson’s Luck starts:

“We can’t be nearly there,” said James, from the back seat of the car. “Here isn’t anywhere. It’s been nowhere for miles!”
“What do you mean, James?” asked his father, driving, with an edge to his voice.
“No up and no down,” said James, “and no trees. Nothing.”
“It’s the fens,” his father said.

The reader is quickly drawn into a landscape of endless horizon, drains, dykes and pumping stations and an ominous sense of water, drowning and the sea. 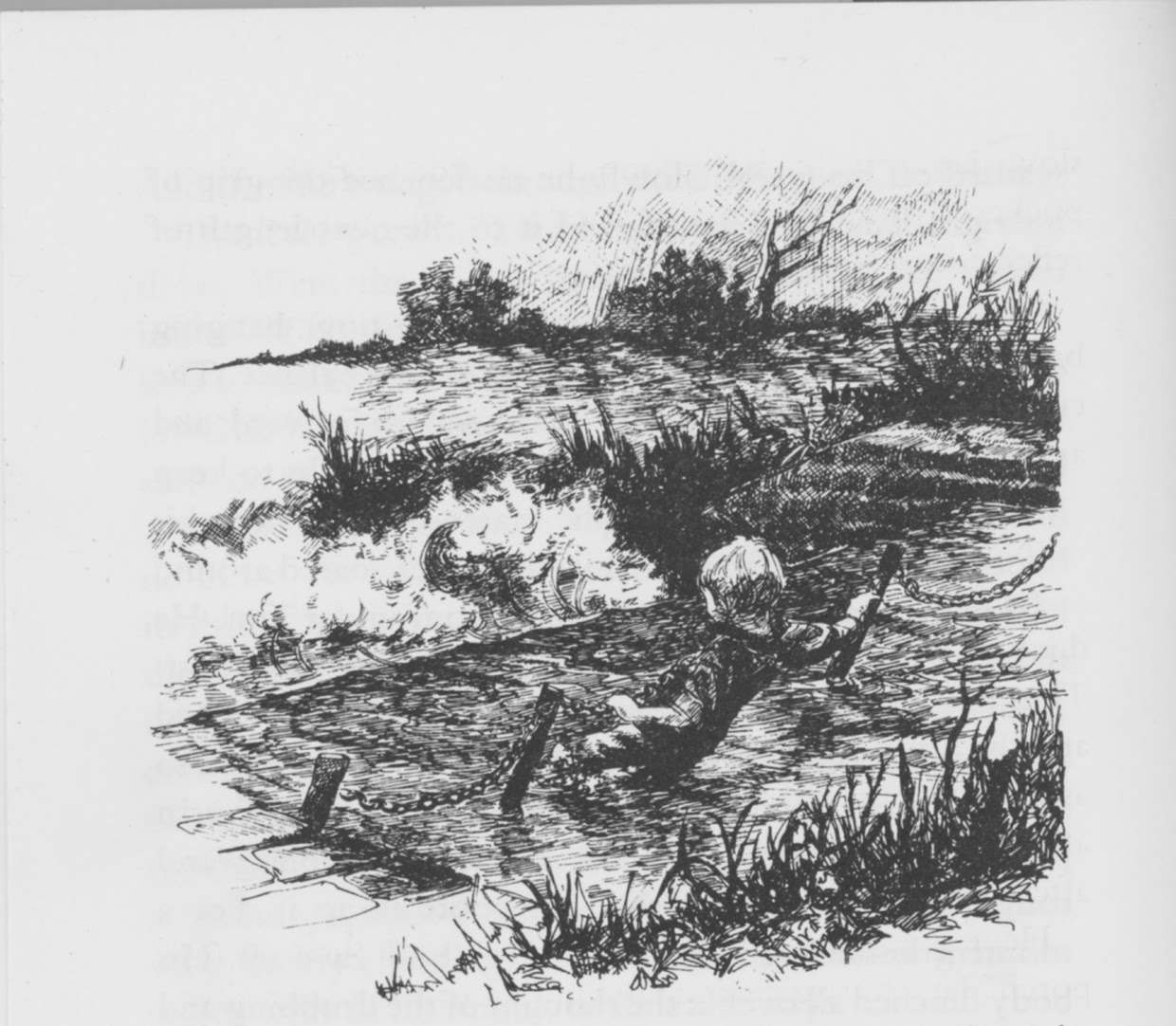 The land remembered being water; it was soaked in ultra-violet, all its distances purple, as though it was the sea…

The setting of this story is so vivid; the description of the houses in the village where James and his family come to live so real I wondered whether Jill had once lived in the Cambridgeshire Fens. When she recently came to tea, I asked her. Yes, she had lived in the Fens with John Rowe Townsend  for about ten years in a small village called Hemingford Grey.
The story is short, only 106 pages and is about bullying and friendship, luck and a dare. But it is also about something more. I asked Jill about the old man, Gaffer Samson, his way of talking and his friendship with the young boy, James, in the story. She told me she had based Samson on an old man, Taffy, a neighbour of theirs in Hemingford Grey who had lived and died alone. James’ friendship with Samson was her own friendship with Taffy and when she wrote in fen dialect, it was Taffy’s voice she was hearing.
“What I’ve seen, since thenadays! All changes, all for the wuss. Most disbuggerable!” 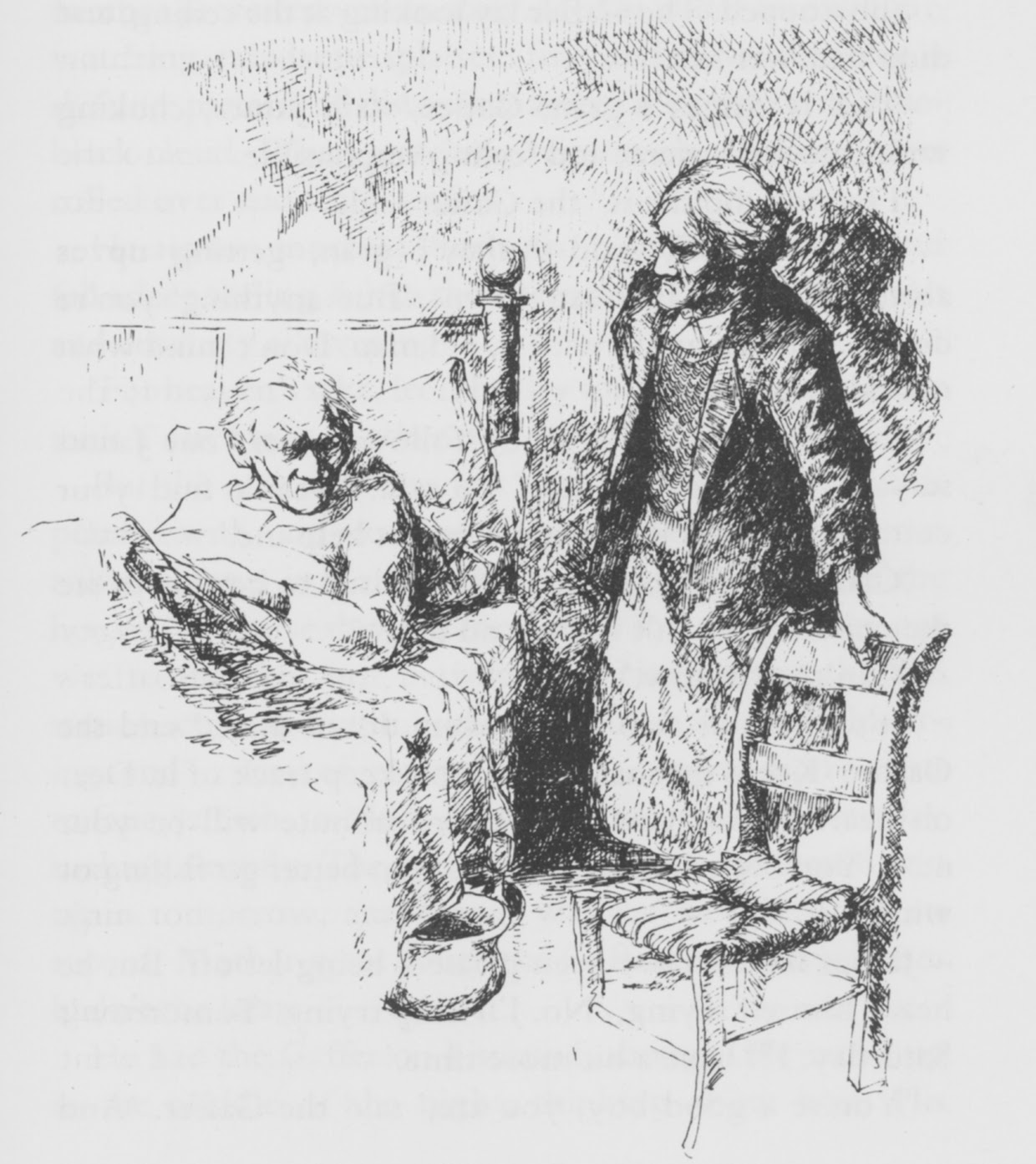 Jill said she was happy to create a memorial to Taffy in her story and thinks Gaffer Samson’s Luck  her best children’s book because it comes close to her ideal of a perfect children's book  - 'which should be like a soap bubble with an iridescent surface and an invisible adult thought within.'
The ‘adult thought’ in this brief, beautiful book is ‘there’s a time to die’.