I recently had a school visit that clashed with an Ofsted school inspection; not something that often occurs. The day before my visit, at the close of school, the phone had rung and two Ofsted inspectors had announced they would be arriving the next morning and staying for two days. It was the school’s Book Week. Not many lessons had been planned because of the author visit. The week had been freed up for follow-up activities and everyone was looking forward to dressing up as favourite characters in books, and enjoying a week of stories and reading. But the Inspectors weren’t coming to see an author in action; they wanted phonics and maths lessons. So after the phone call, the teachers had all stayed in their classrooms late into the evening preparing 'serious' lessons. The next day they were stressed, Book Week was fast becoming irrelevant and I spent the day dodging the two inspectors as they went from classroom to classroom looking for phonics lessons.
How different it all was from another inspection four decades earlier when I was a young teacher in an infant school. I too was trying to give an impressive phonics lesson in ITA (the Initial Teaching Alphabet) but the inspector seemed more interested in a home-made picture book of mine written in the Initial Teaching Alphabet,  and the little boy from the caravan park who was sitting in a big arm chair in the reading corner looking at the pictures. 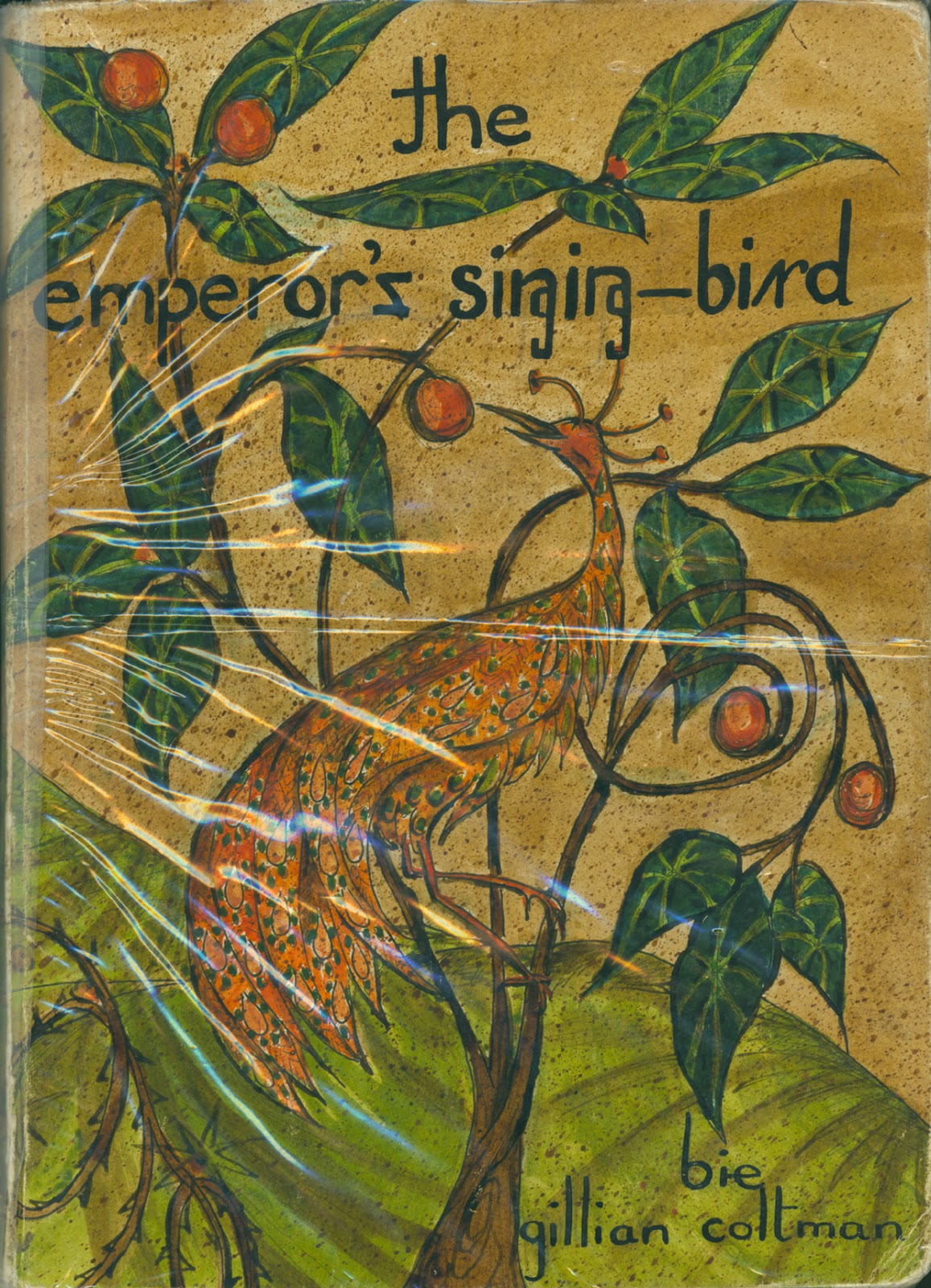 The inspector took the book away with him and sent it off to a publisher. It was as a result of this school inspection that I changed careers and became an author/illustrator after The Emperor's Singing Bird was published by Andre Deutsch in the normal alphabet two years later. 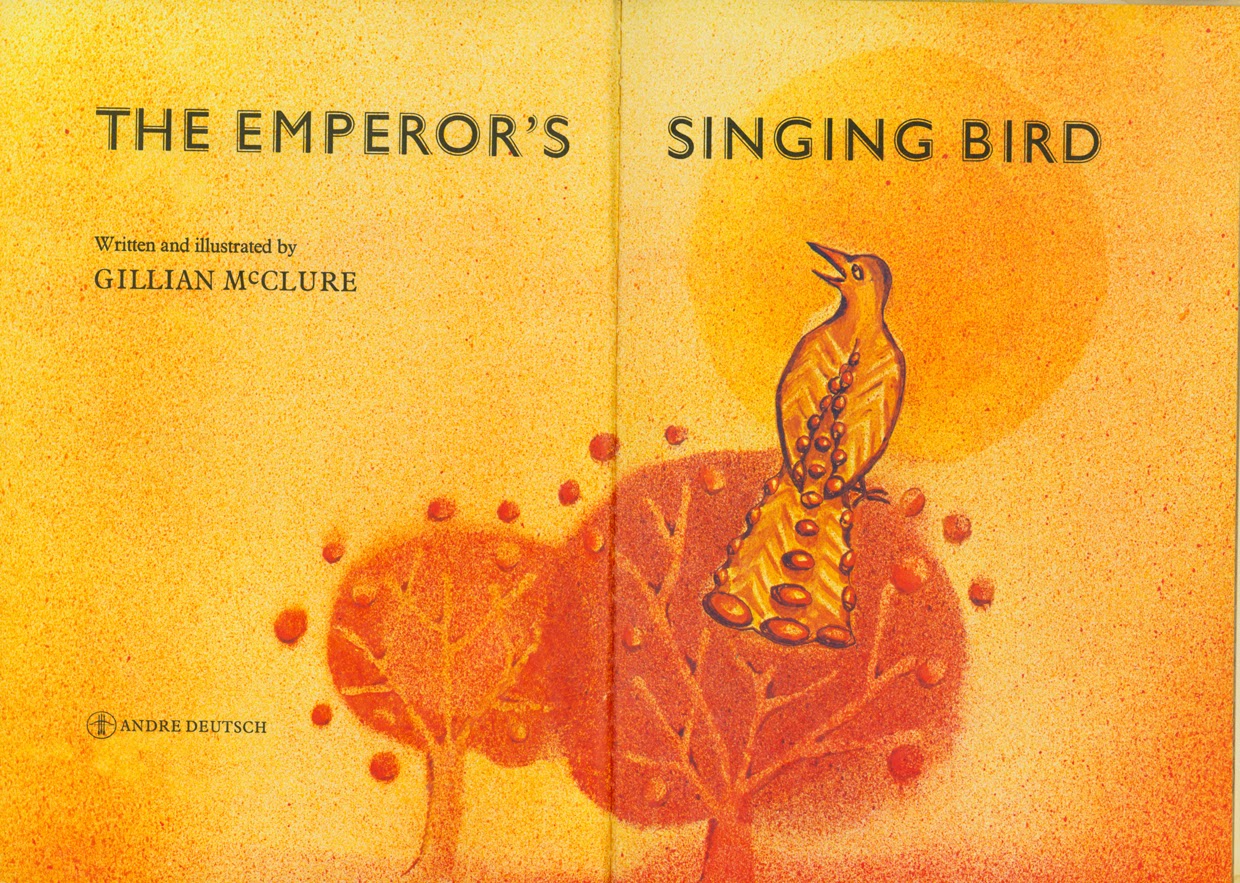 My contact with that schools’ inspector didn’t end there. He later asked me to illustrate a book of his own. The name of the inspector who came into my classroom was Alan Jamieson and here are some of the illustrations I did for his book The Carnferry Gang. 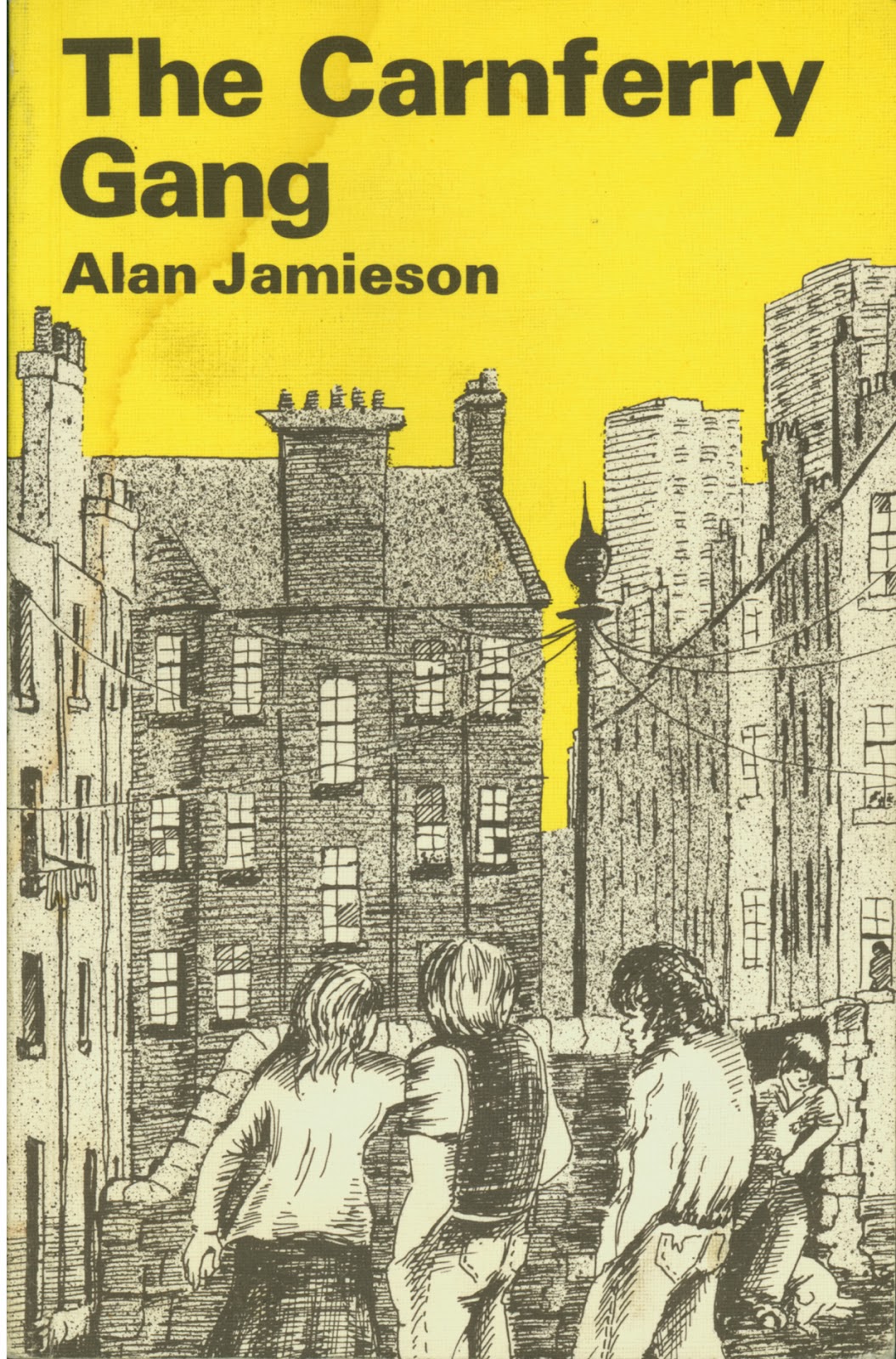 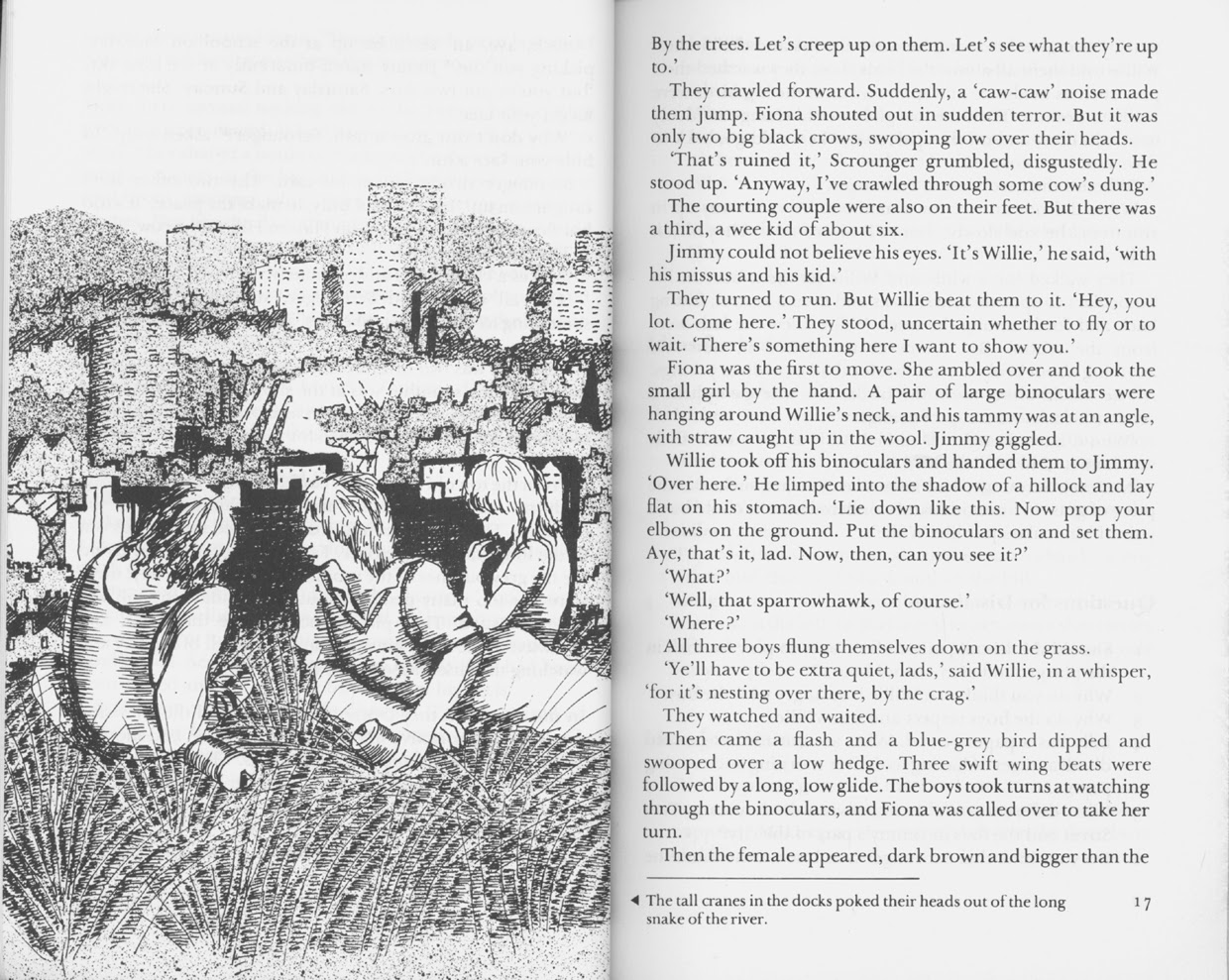 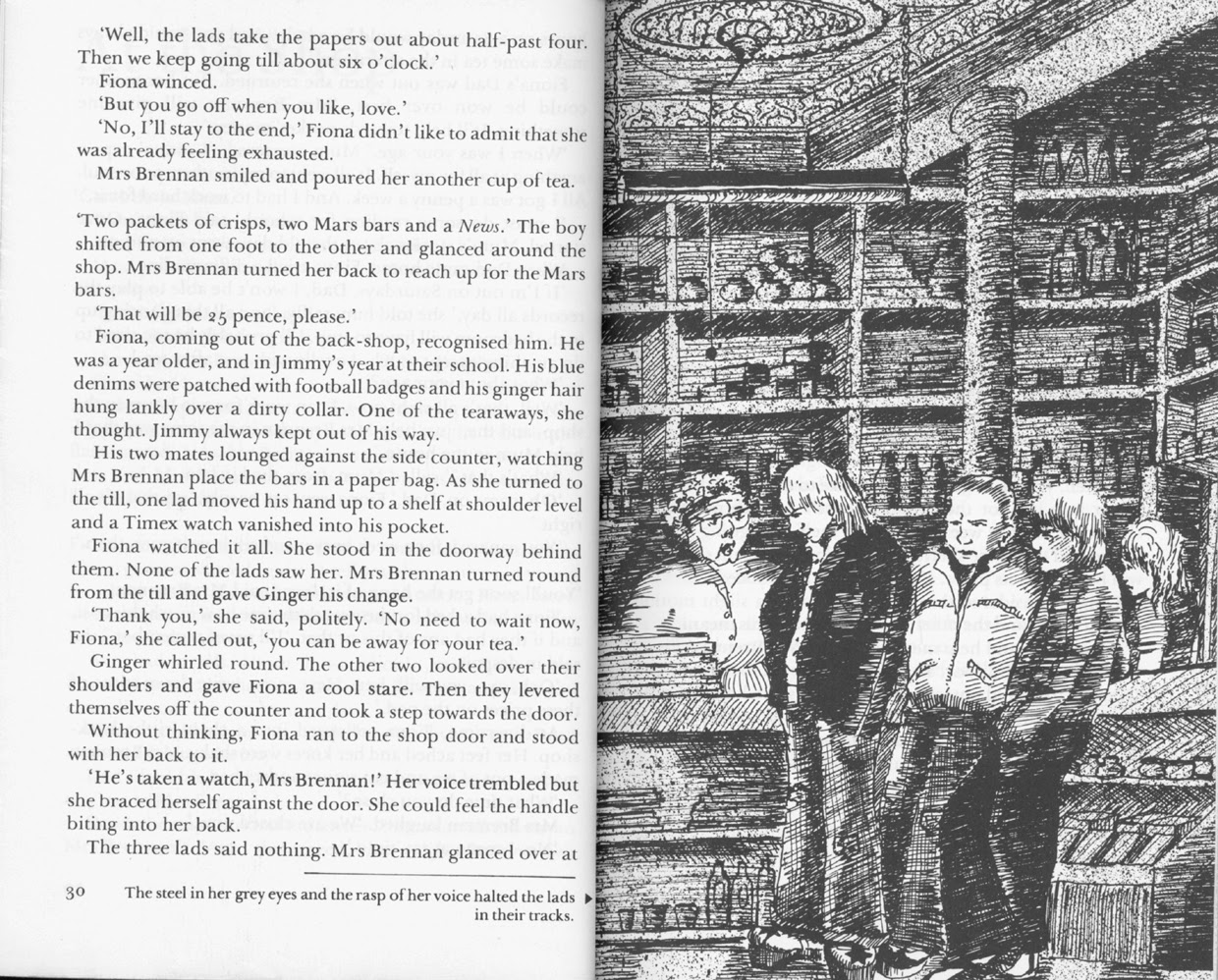 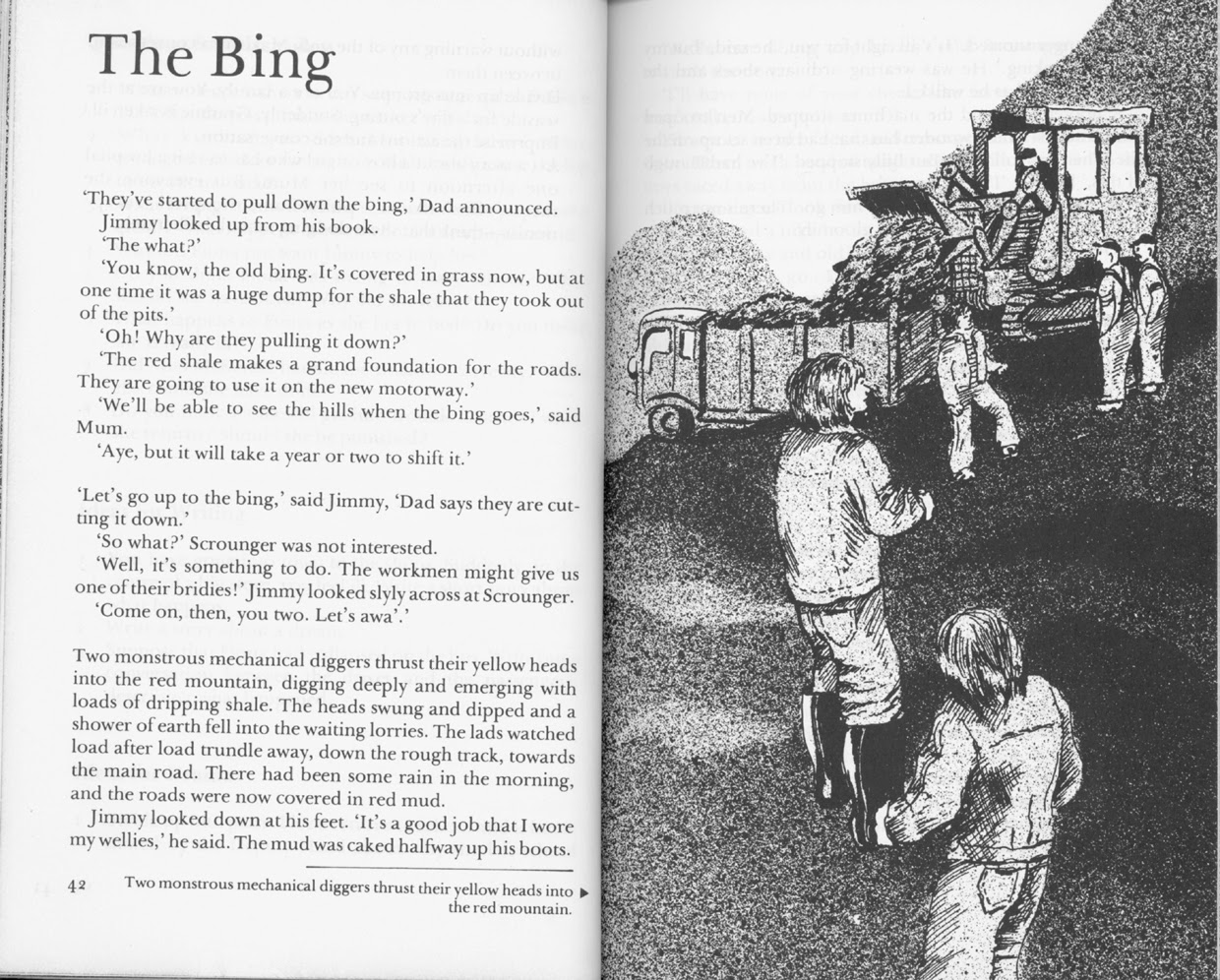 Posted by Gillian McClure at 09:20