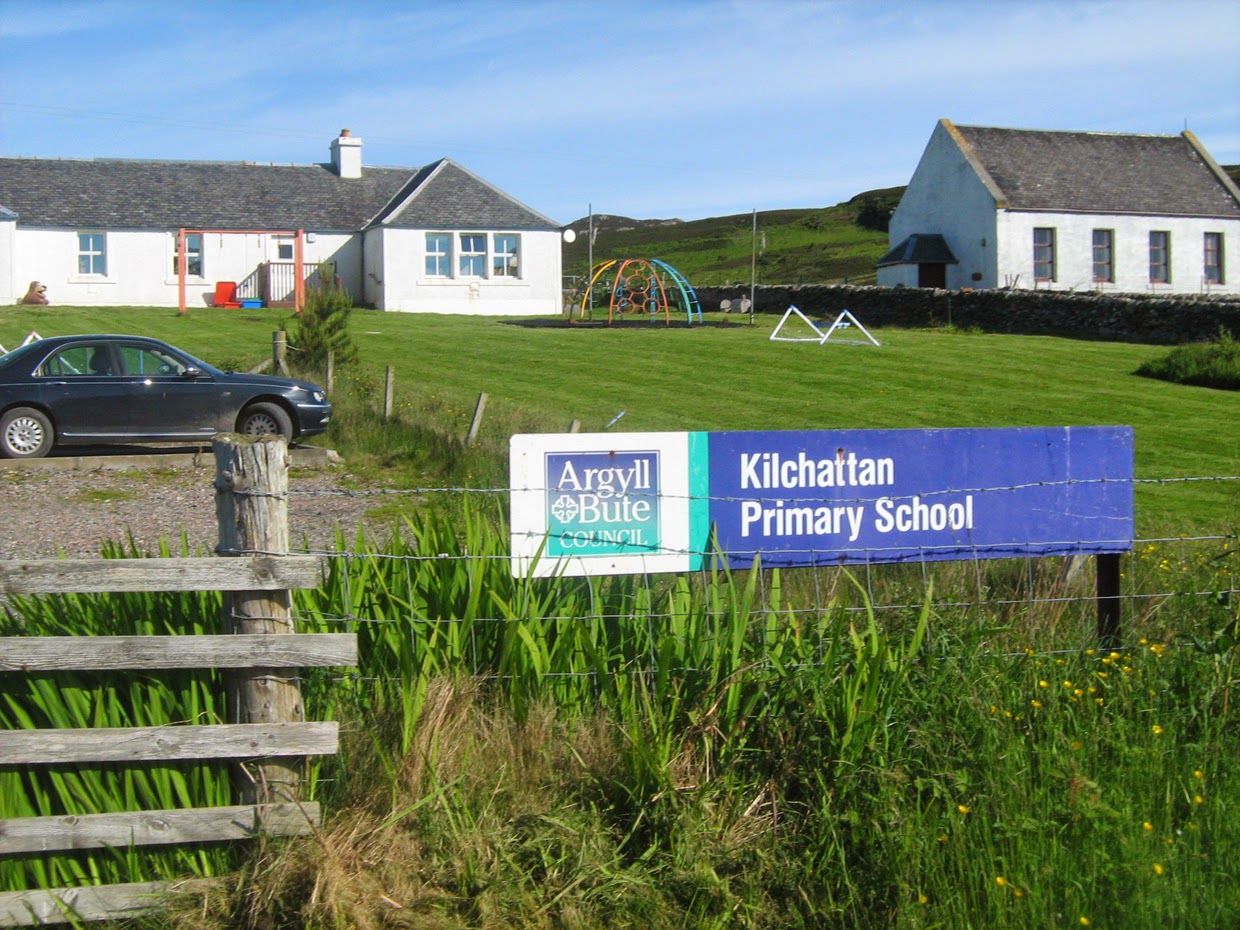 This is the smallest school I’ve ever visited – on the Isle of Colonsay.
My workshop was for an hour and I based it on two of my picture books that were inspired by the island, Selkie and We’re Going toBuild a Dam. 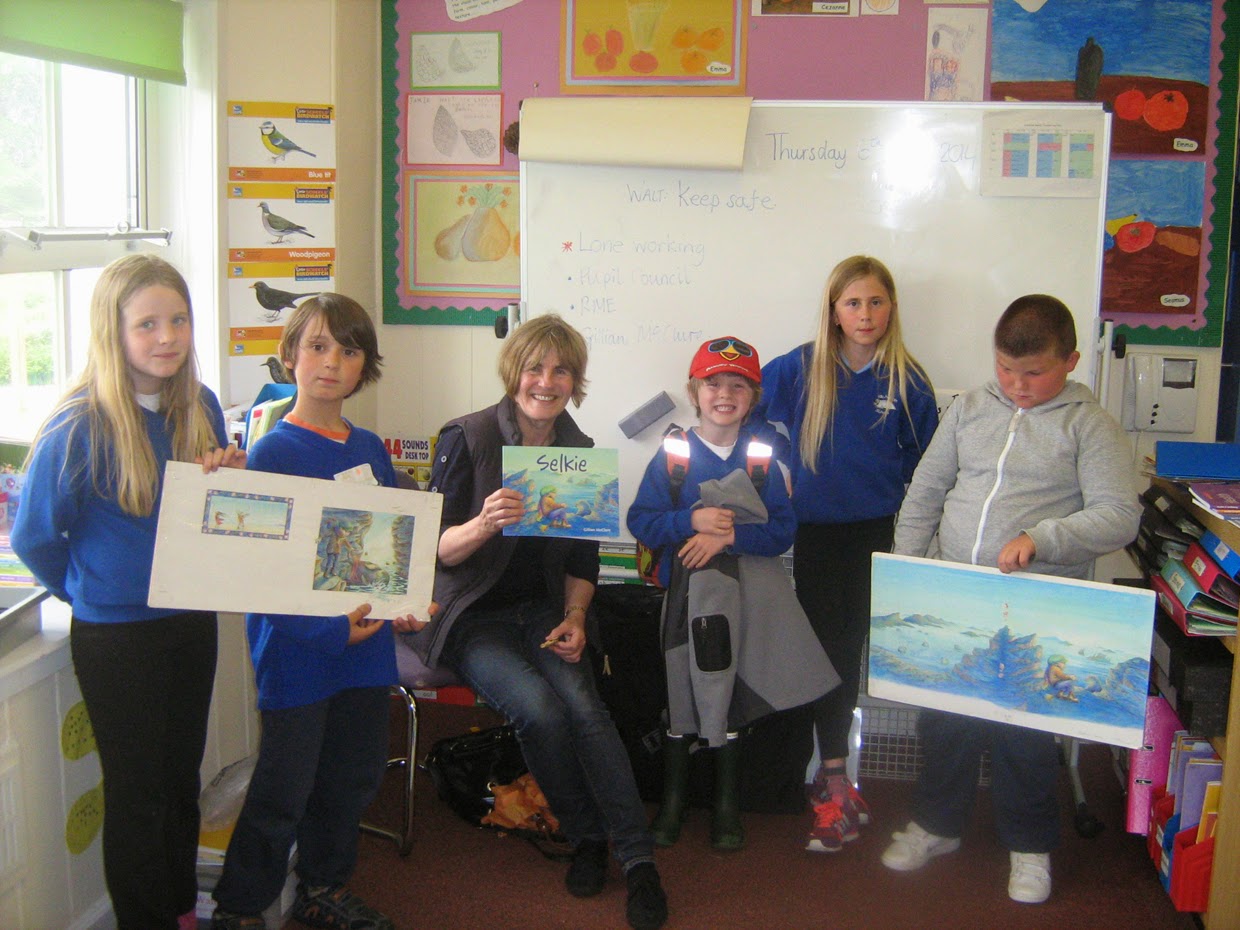 I worked with the whole school at once – here they are – all five of them – all different year groups! 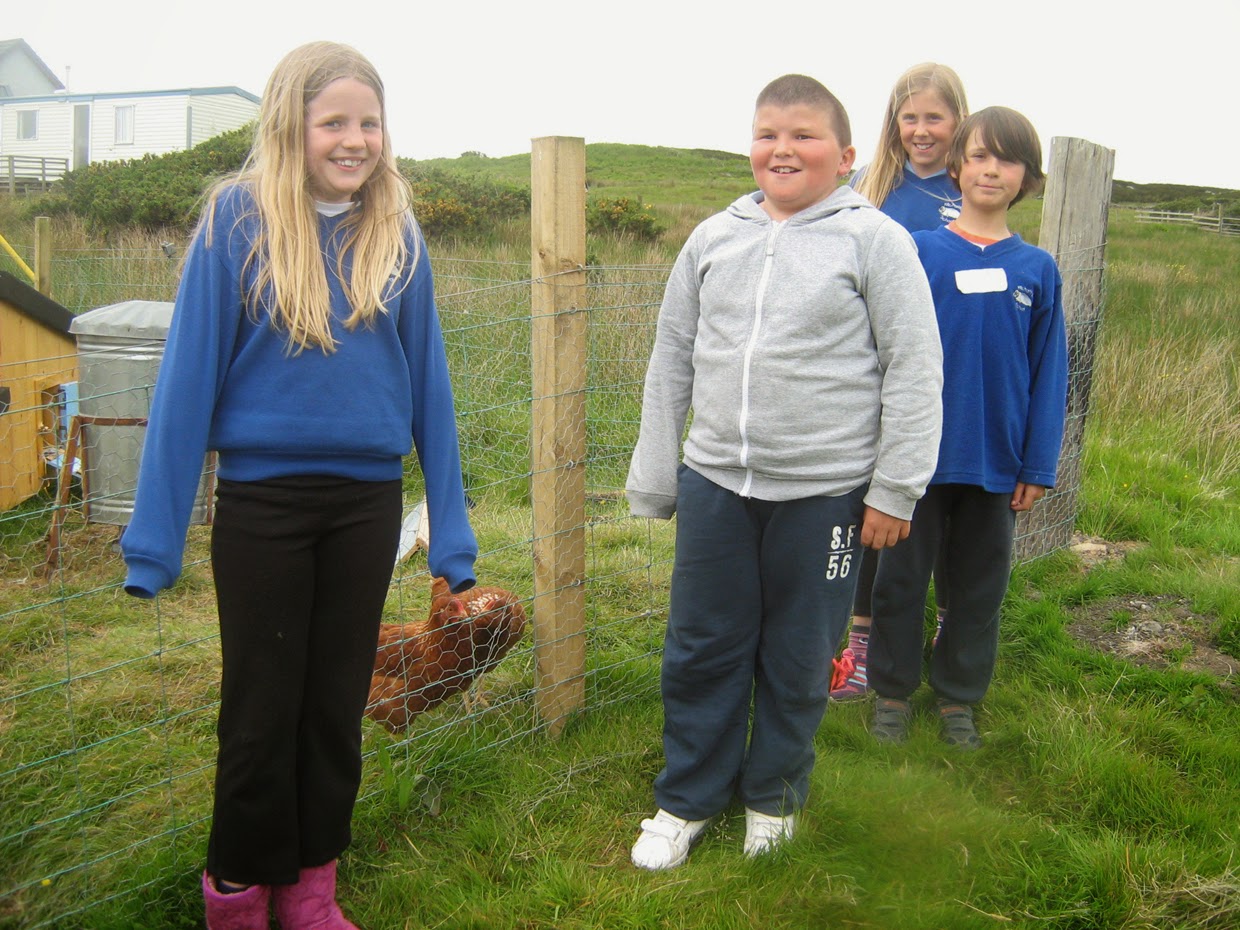 At the end of the session, one of the boys asked if I’d like to see the school hens in the field at the back of the school. They had a lovely hen house built by the father of one of the girls. I asked whether they were troubled by foxes and was told there were no foxes on the island – “except,” said the son of the driver of the refuse lorry, “when one came over from the mainland on the ferry in my Dad’s lorry.”
Well there’s an idea for a story! 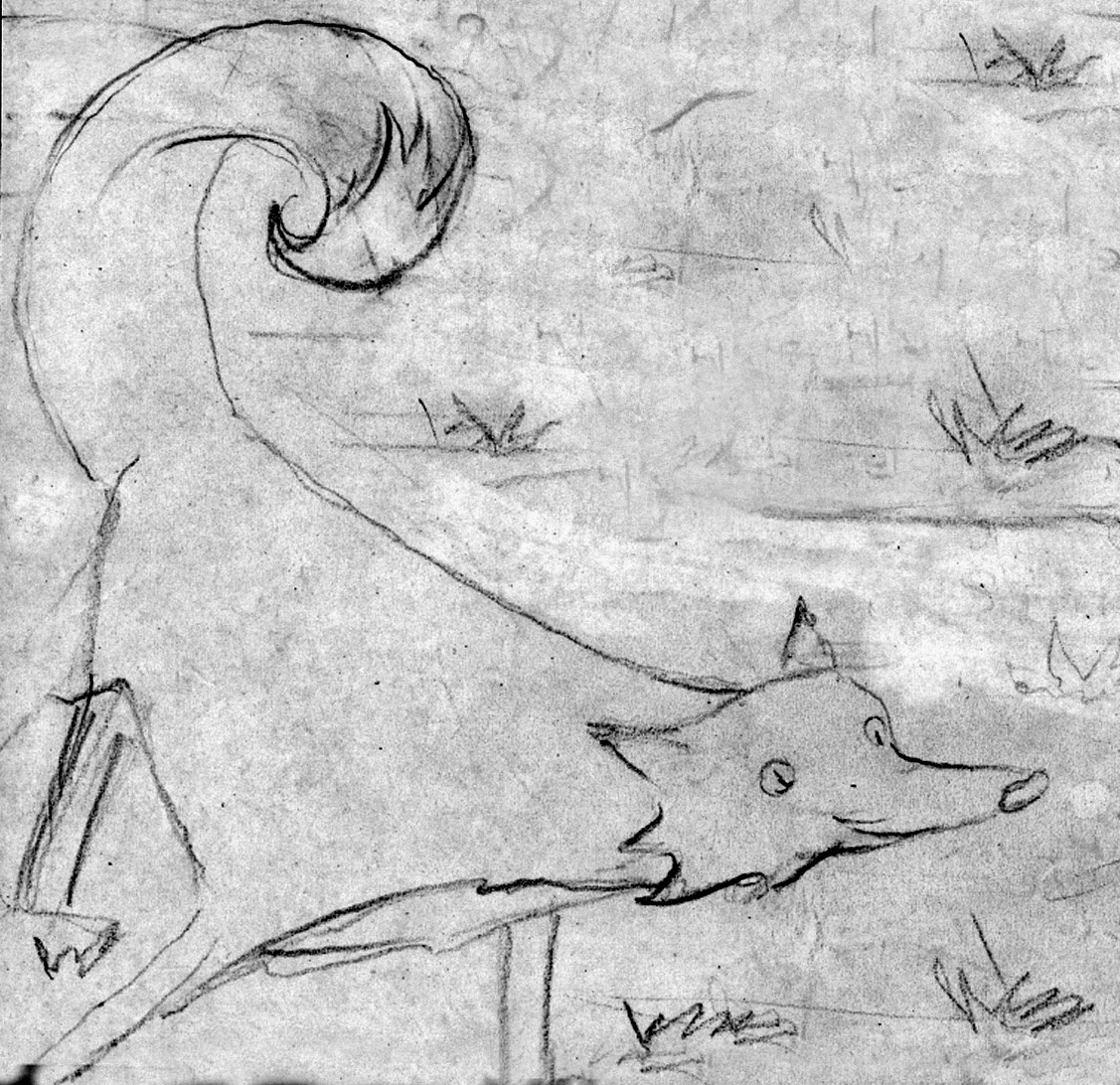 I was over for The Islands Book Trust conference, celebrating the heritage of Colonsay and Donald Mackinnon. There was a photo of the old school and an account by Donald Mackinnon of his school days there in the 1840s and 50s. The school house was low and whitewashed on the outside; walls blackened by peat inside and two doorways but no doors. In the winter, to keep out the cold, the doorways were packed with furze until it all got burnt on the central fire. Then the furze was replaced with straw until that was eaten by cattle. The pupils wrote on slate with goose quills. Tables and benches were slabs of stone. Outside they played shinty.
The day before the conference started I hired a bike and set off  for Balnahard and the beach. I passed the children in the school bus. They waved and I felt sorry for them; it was the most glorious day. Here are some sketches: 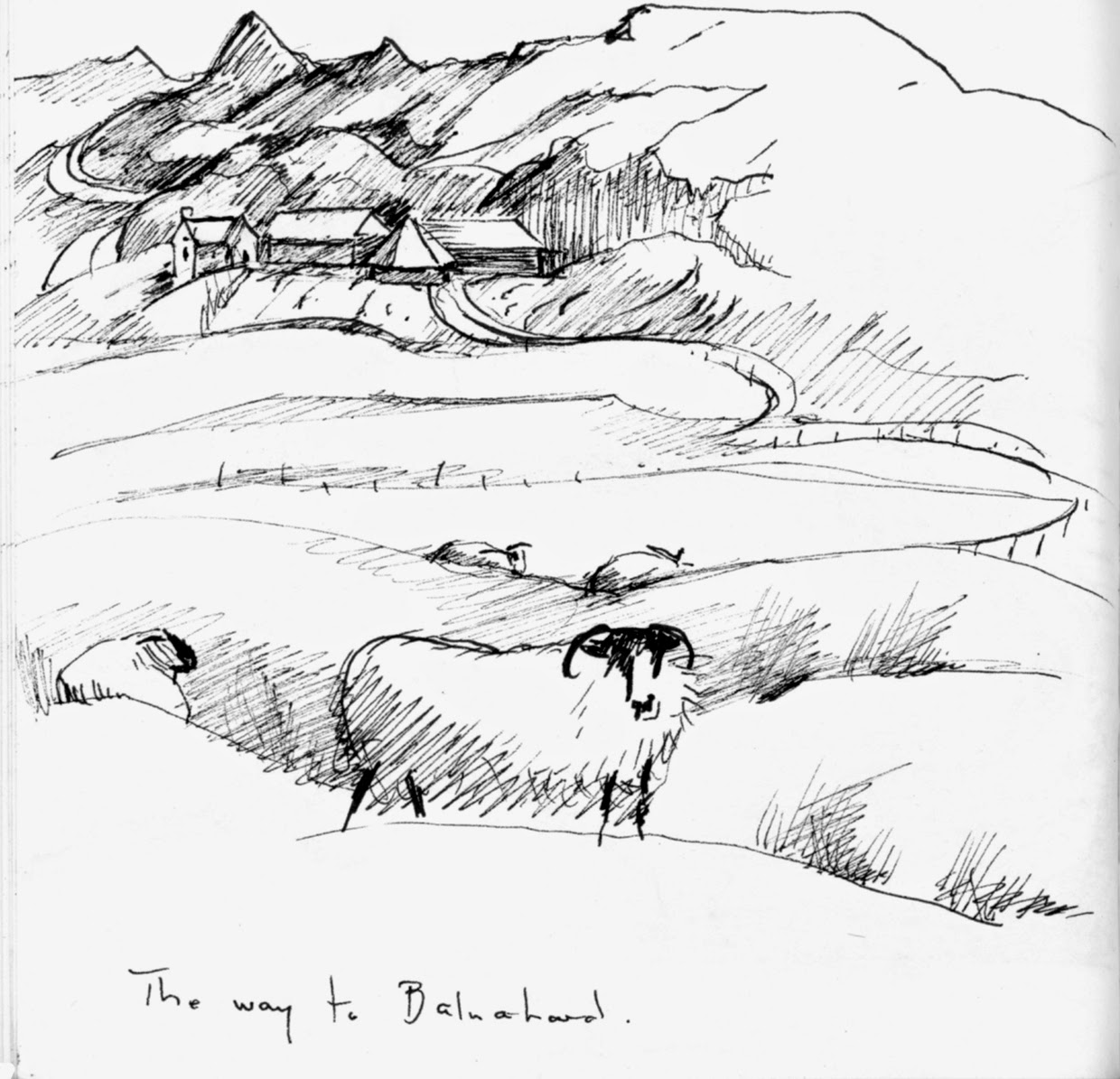 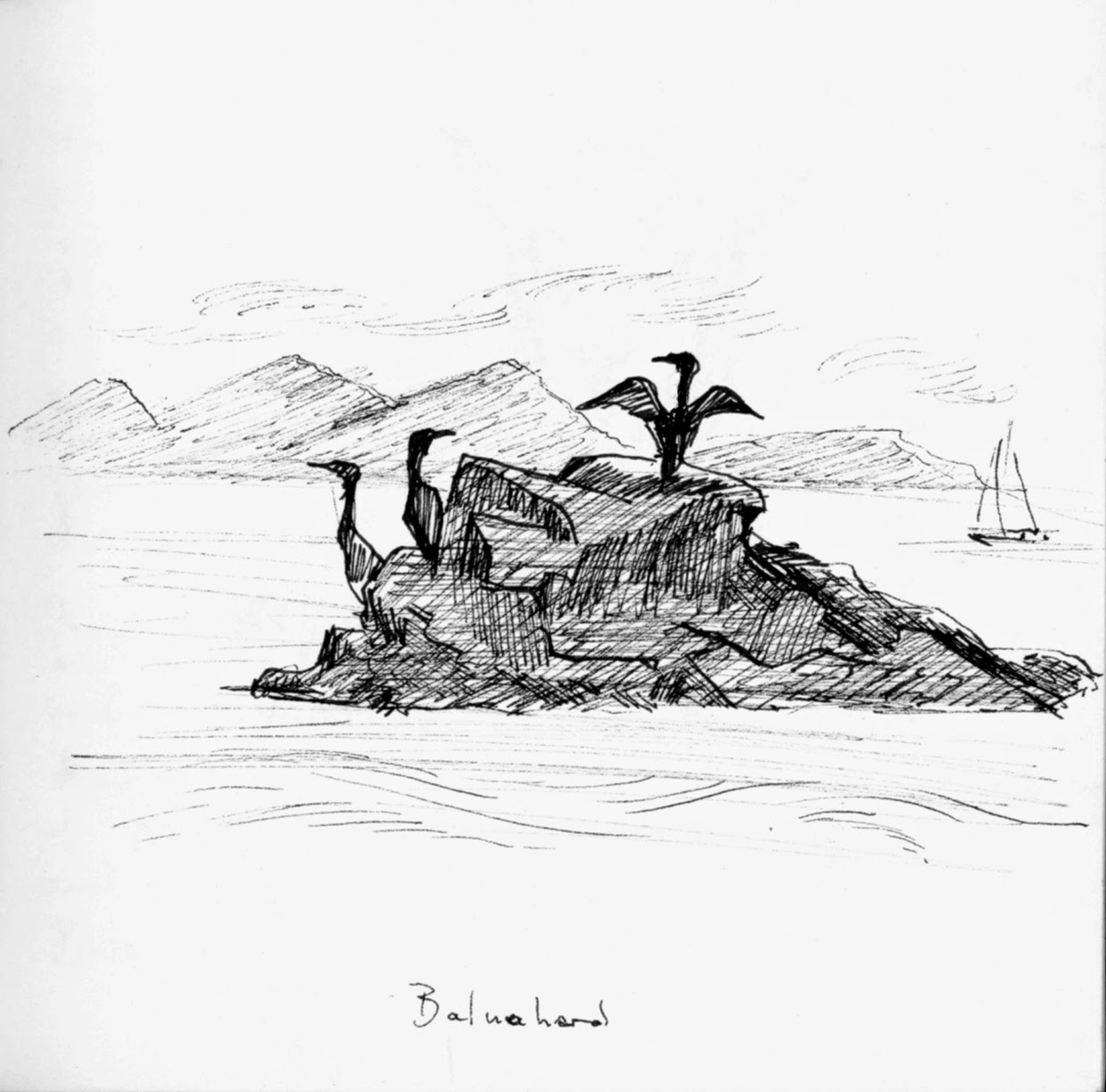 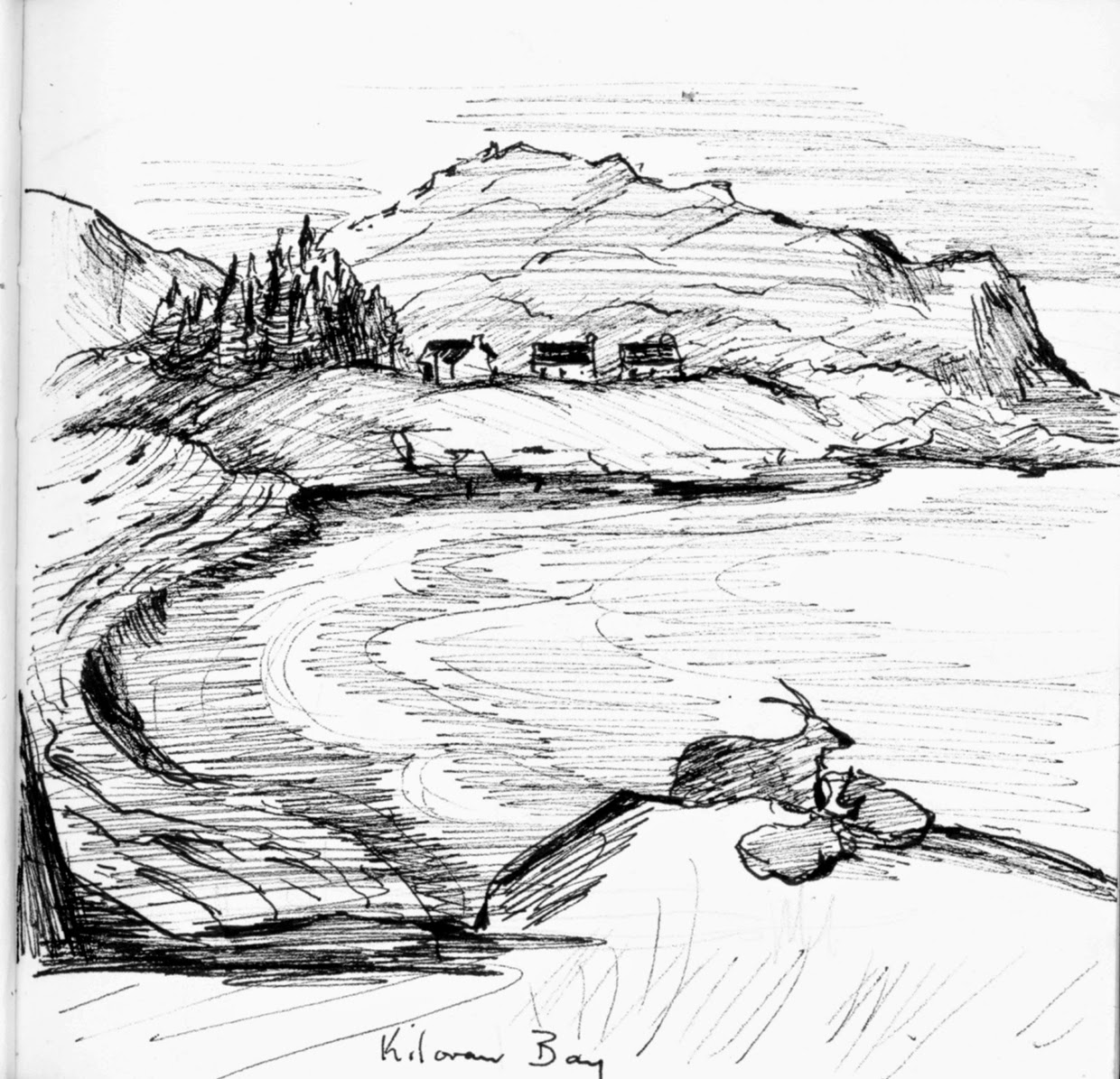 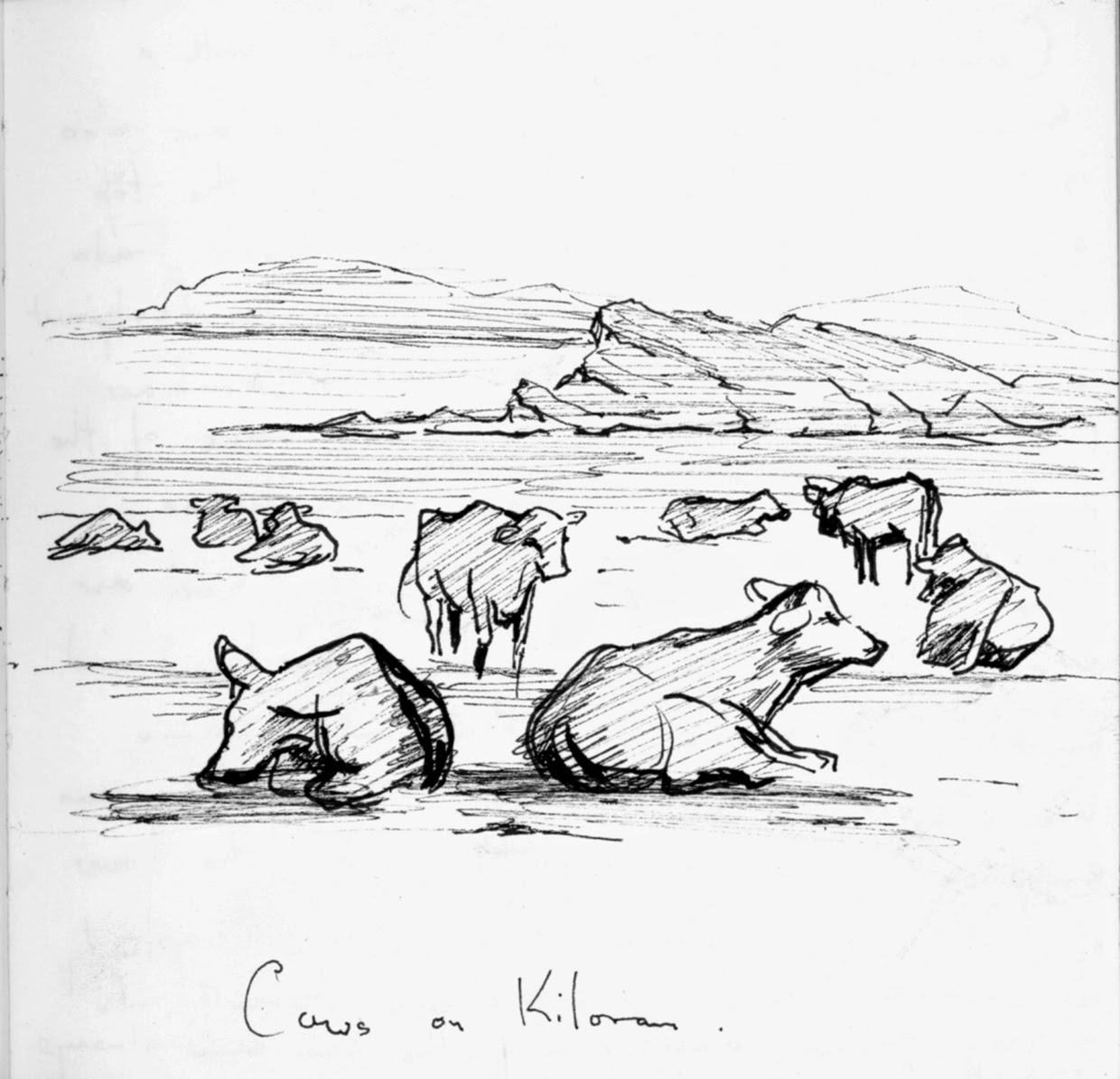 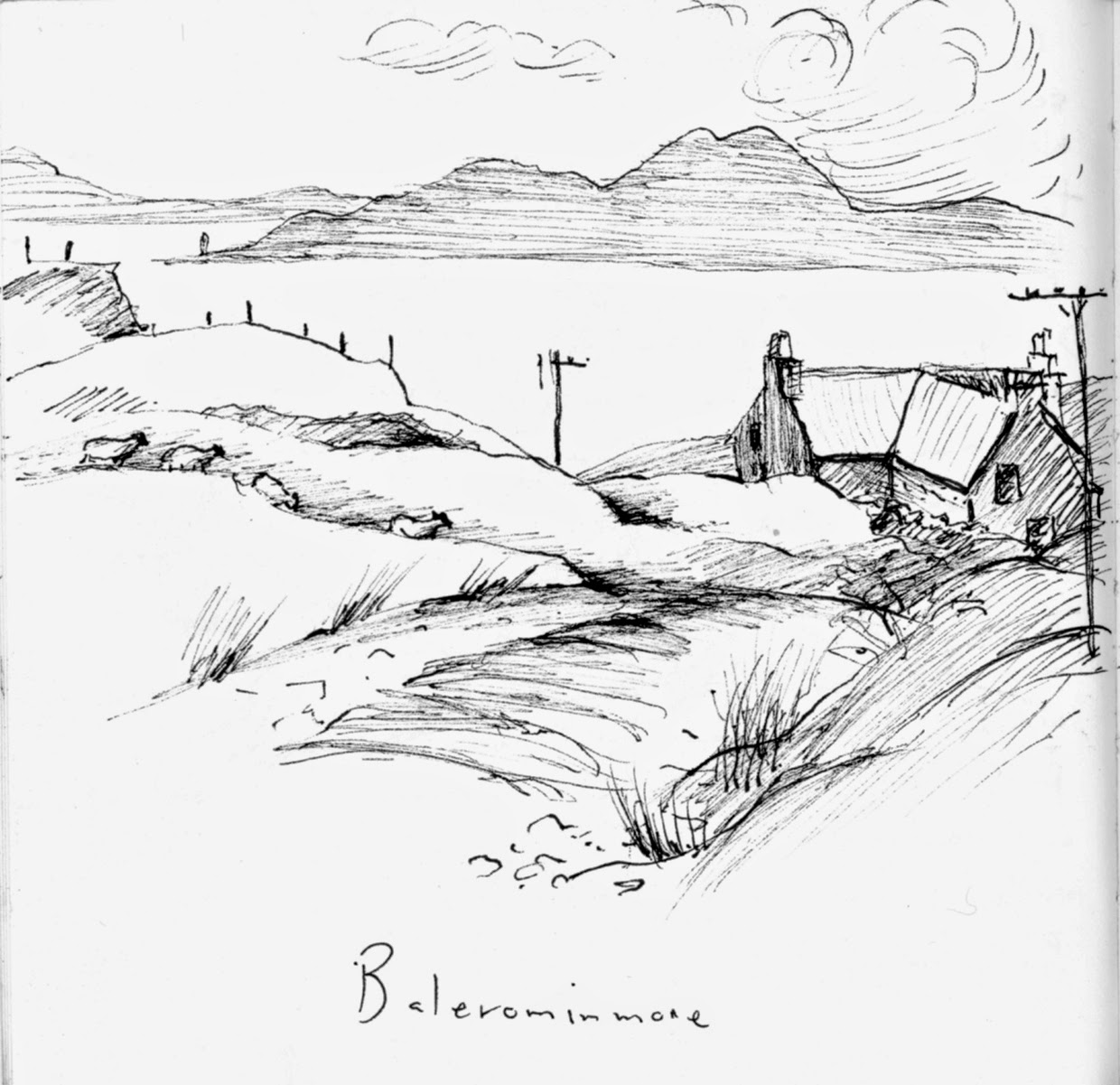 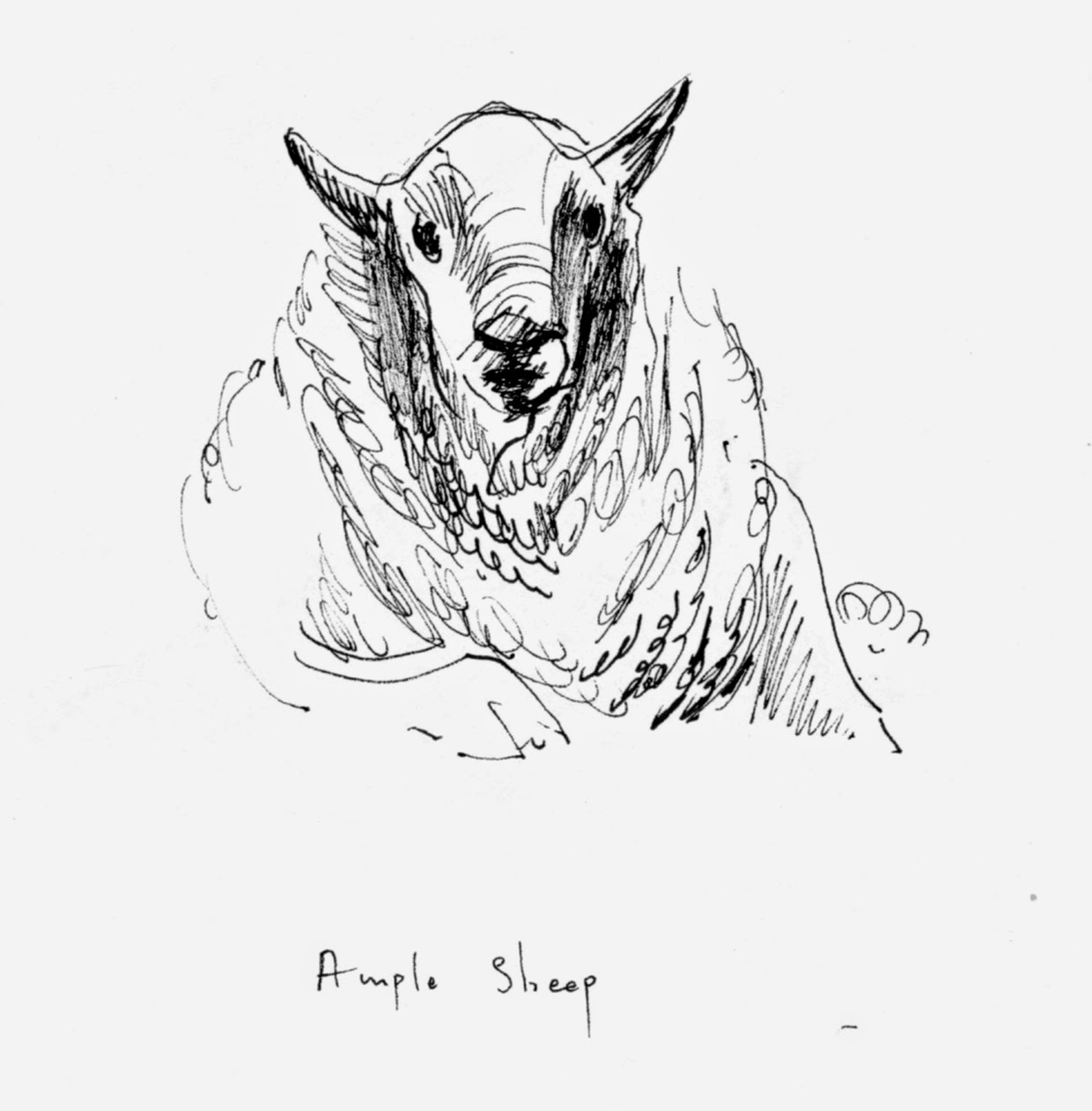 Posted by Gillian McClure at 01:54