A TALE OF TWO TAILS 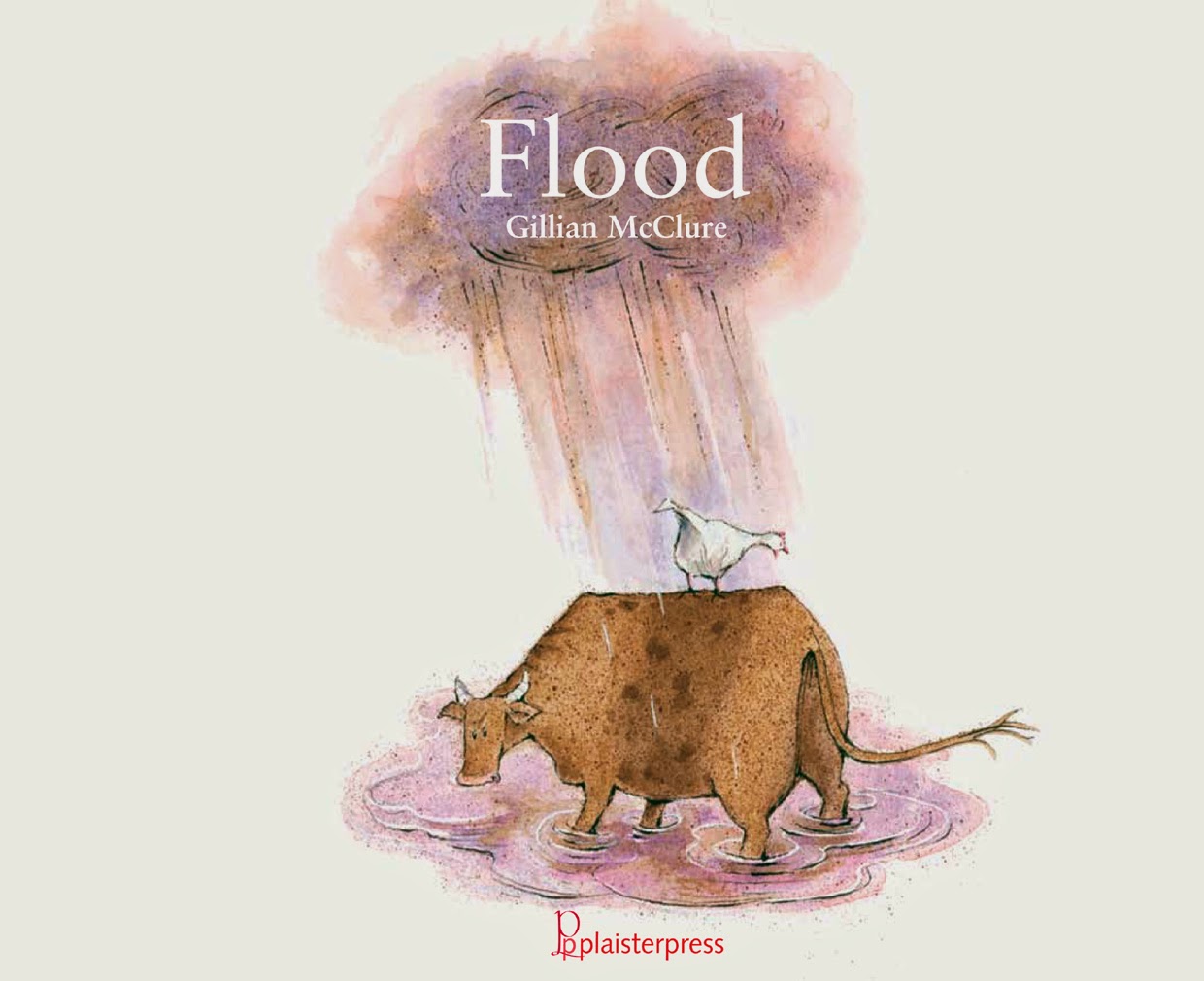 When I’m asked which comes first in my picture books, the images or the words, I say the words come first. I like to do a first written draft and then, when I’m thinking about page layouts and the integration of image with text, I do the second draft, removing unnecessary words where images can do the work instead.     However, I do hold an image in my head right from the start – it forms the essence of the book.
In my latest book, Flood– published in July 2014 - that first image was a bit paradoxical - a hen in a flood, safe in what looks like a red furry nest but really it's a fox’s tail. It was from this image that the story started to emerge; a hen trying to dodge the eyes of a hungry fox who wants to hold her in his stare and then eat her. So what's preventing the fox from doing just that?

Another tail. In order to survive the flood the fox has to grab the tail of an ox and cling on tight.

And then I realized that the anxious little hen, at the back of this string of animals relying on two tails to survive, might also be able to help. From my very scant knowledge of rudders, I knew that if you turn a rudder one way the boat goes the opposite way.(I tried it out with a toothpick and match box) So the hen in my story discovers, in the course of looking this way and that, trying to avoid the eyes of the Hungry Fox, that she can steer.

She squawks out directions, the fox turns his head, pulls on the tail of the ox who then changes direction.

In this way they proceed through the flood until they reach land.

And so, from the first image of a hen in a foxy nest, I arrive at my story; a sort of flood fable with friendship at the end.

Posted by Gillian McClure at 01:43