Heffers bookshop, in association with the MA of Children’s Book Illustration at Cambridge School of Art held a Festival of Illustration last week and I was able to hear Axel Scheffler and James Mayhew talking about their work. 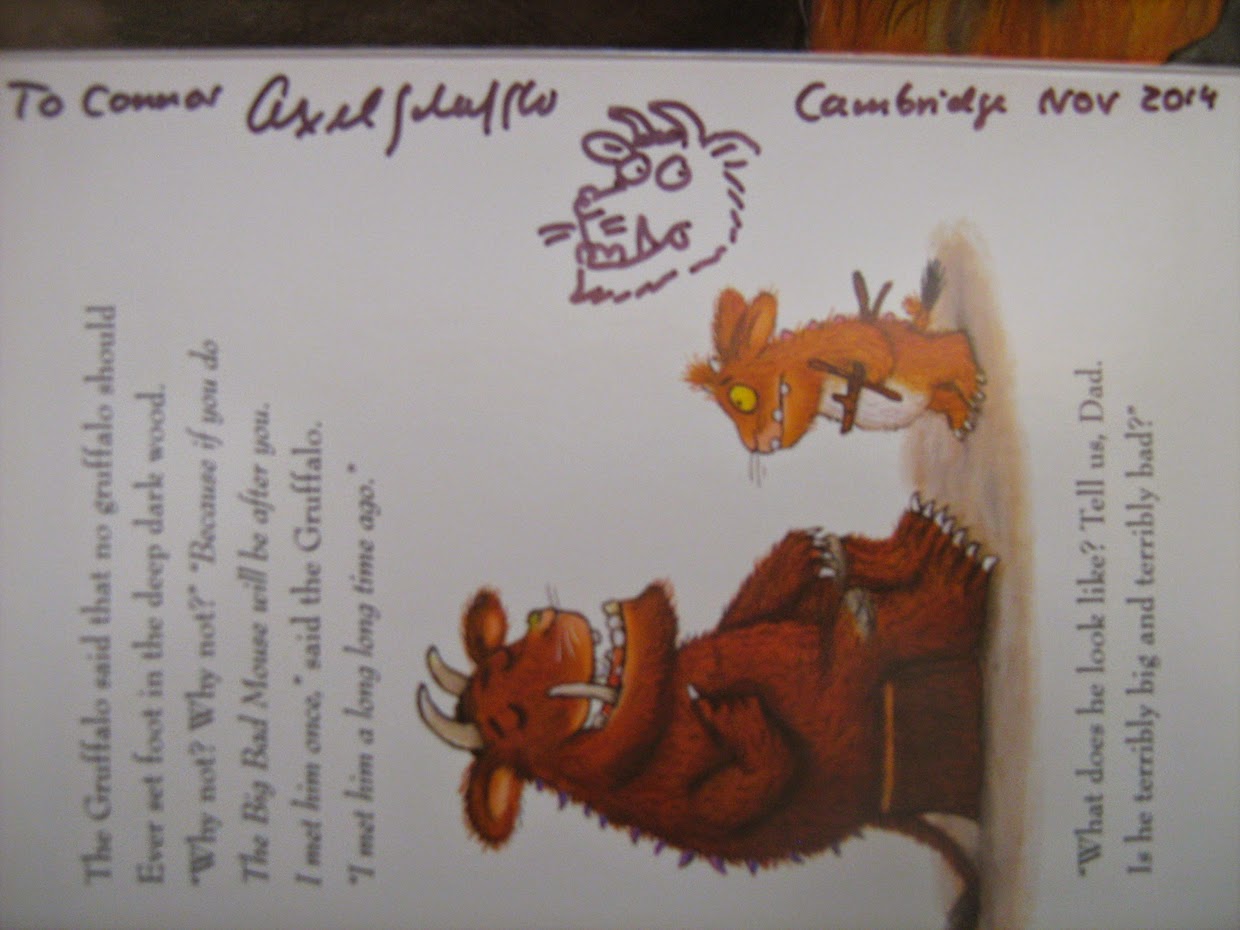 If you go into any bookshop you won’t fail to notice the Axel Scheffler/Julia Donaldson brand; created out of the success of The Gruffalo, it dominates the children’s section.  So it was interesting to hear Axel speak about his work. I’d heard him twice before and wondered whether he had anything to add now he was a global success. But the message was the same: his publisher would not allow him to deviate from the brand and try anything new. Layout designs for his books were all done in-house and it was impossible to argue with his publisher over any artistic decisions. As a result Axel was bored. I’d heard him say that before but this time he was able to be a bit more pragmatic and add that illustration was an applied art form, he was part of a team and, after all, there was always an element of boredom in any job. 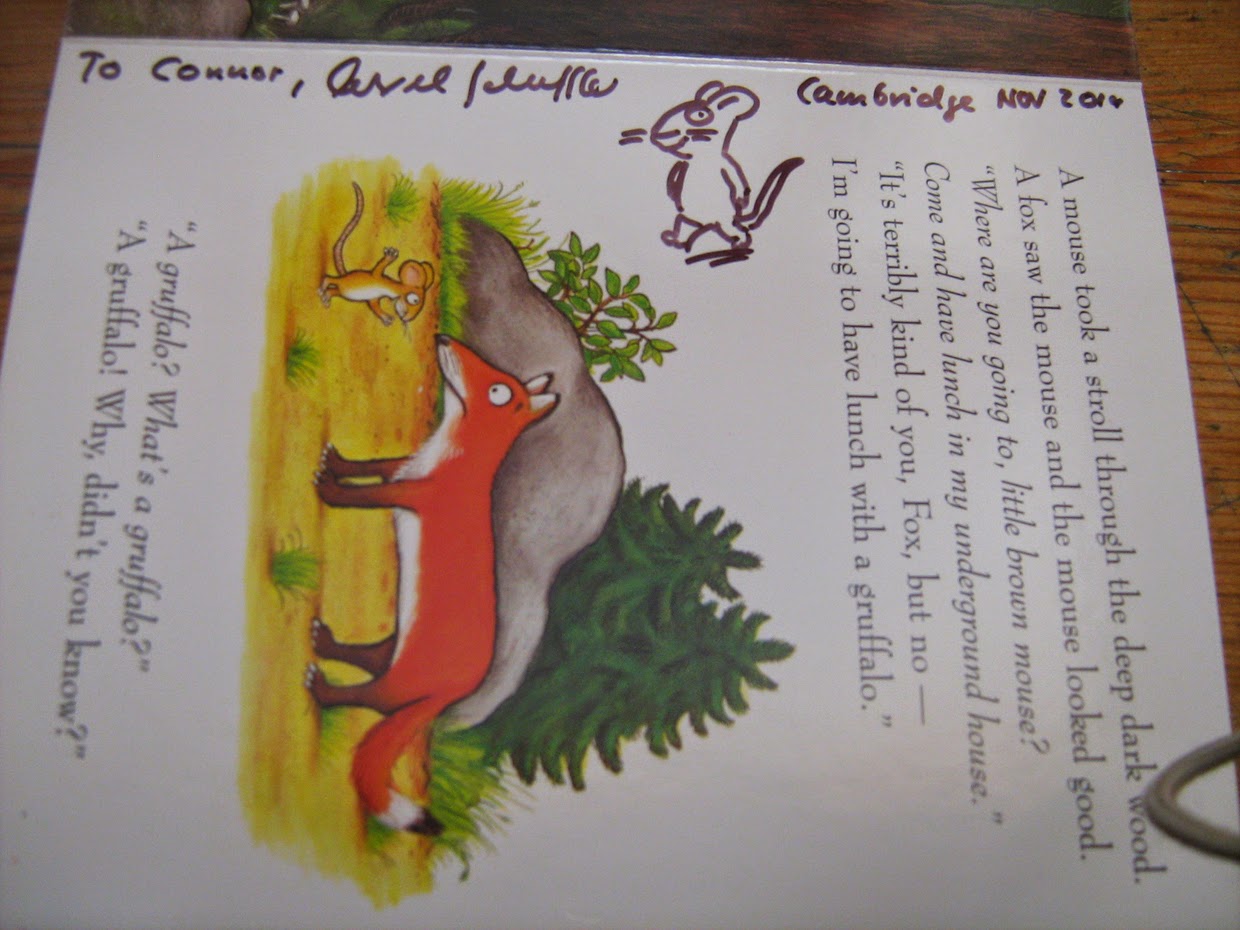 ‘Have you ever thought of getting a copy artist to do some of the work for you?’ a student in the audience asked. Some illustrators would have been insulted by the question but Axel just laughed and said it sounded a good idea.
The following day, James Mayhew talked about his Katie series which is having a 25 year anniversary. 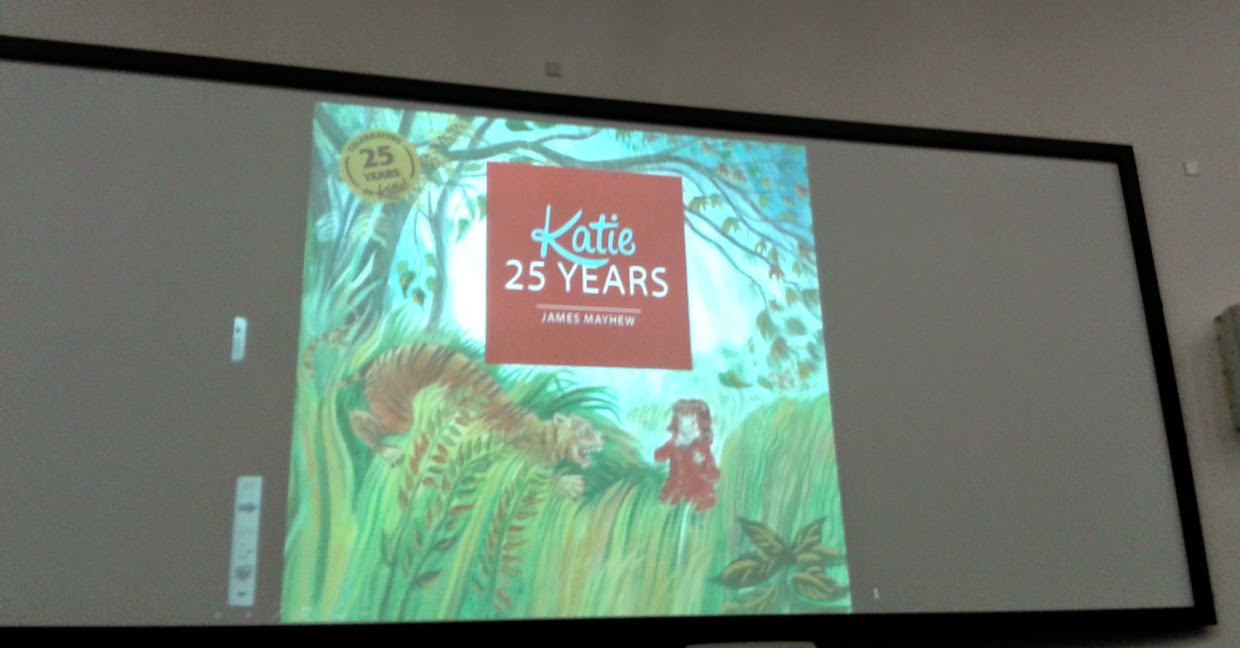 This series, published by Orchard arose out of James' childhood love of paintings - paintings like John Constable’s Hay Wain - and a desire to make art galleries imaginative and inspiring places. James based his character Katie on his sister as he remembered her as a little girl. Katie has adventures when she steps into pictures she sees hanging in an art gallery. It was the publisher’s idea to have photos of the pictures with a frame drawn by James.
Despite being aimed at a niche market, the series took off and Orchard took control, saying where Katie went next and asking for more and more Impressionist paintings because they were the most popular.
“I couldn’t always do what I wanted with my own character,” James said sadly. 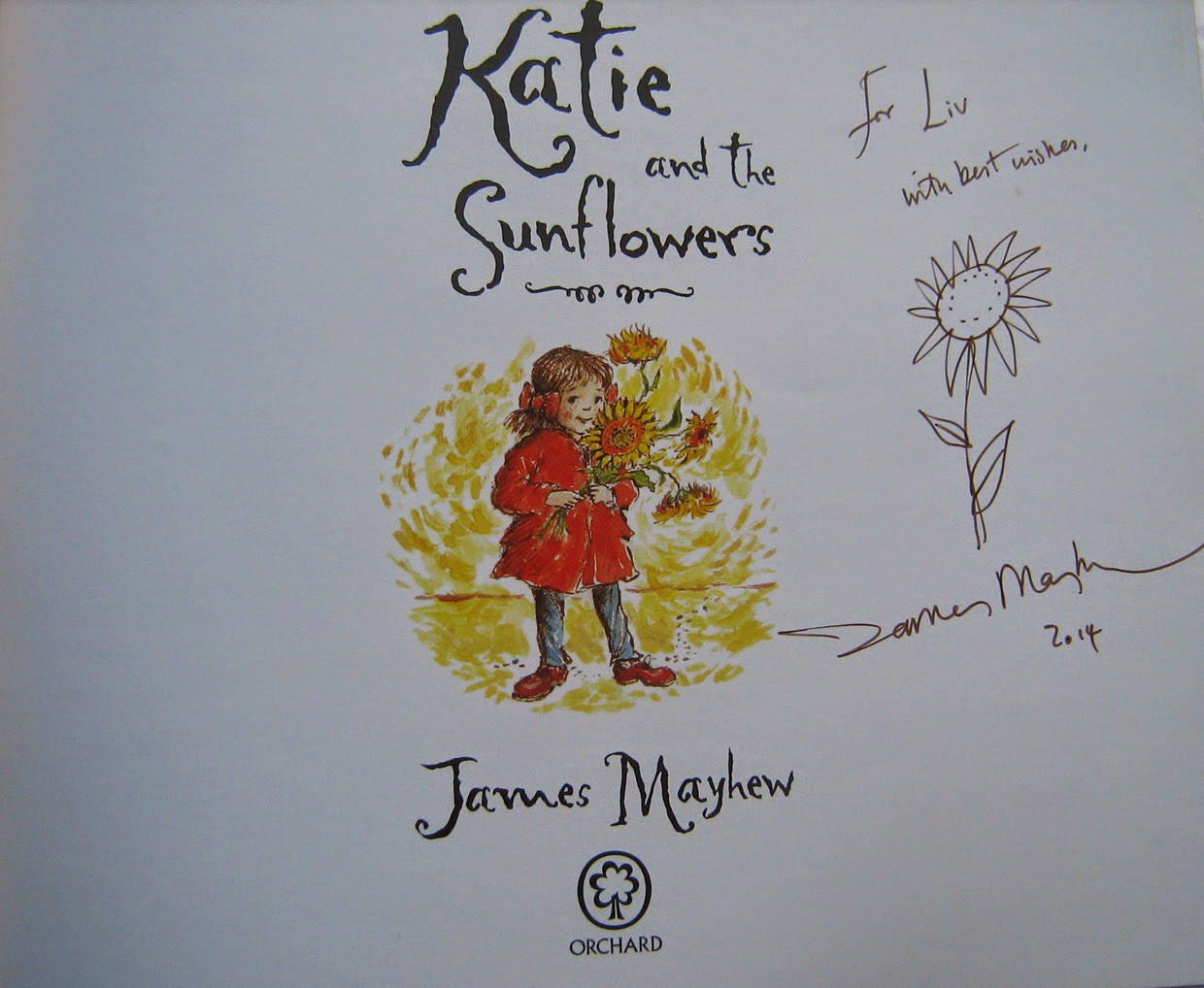 For the 25th anniversary, Orchard created new covers for all the books with a title frame that James thinks looks just like a Cath Kidston soap label. I’m sure that was exactly what it was meant to look like because of the popularity of the Cath Kidston brand. Like Axel, James admitted he found it hard to argue with his publishers but after 25 years of Katie, he said he was planning to take a break and do something different. He said the reward of working on the Katie books was seeing how children responded to them. It’s no mean feat, painting in the style of all those great masters, but now James wants to be himself, not Van Gogh, Gauguin or Monet.
Clearly there will always be a point of conflict in the applied art of illustration between the illustrator’s desire for creative freedom and business constraints imposed by the publisher.
Posted by Gillian McClure at 01:15