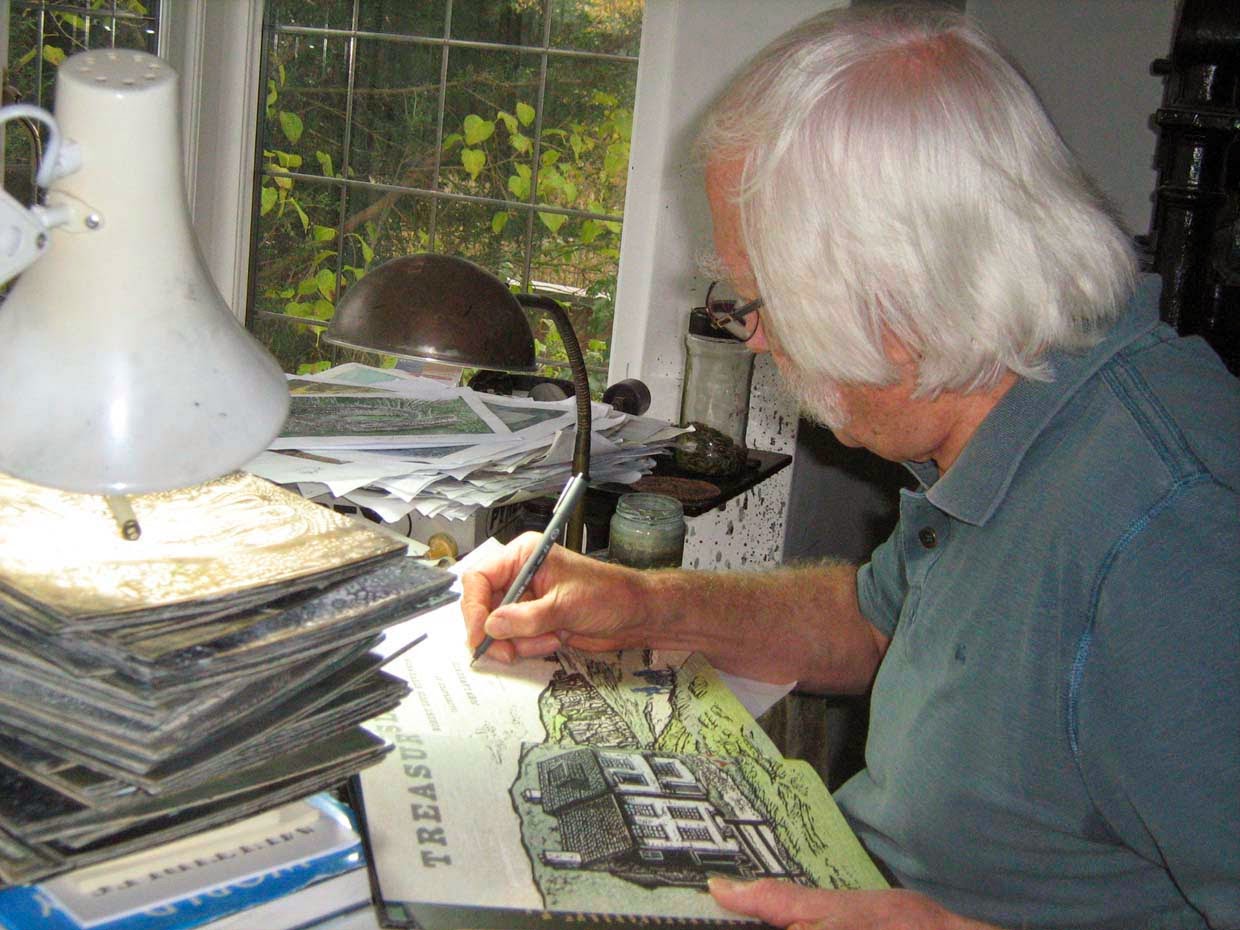 I recently bought a copy of Robert Louis Stevenson’s Treasure Island published in 2009 by Walker Books, with pictures by John Lawrence, pictured here in his studio signing it. 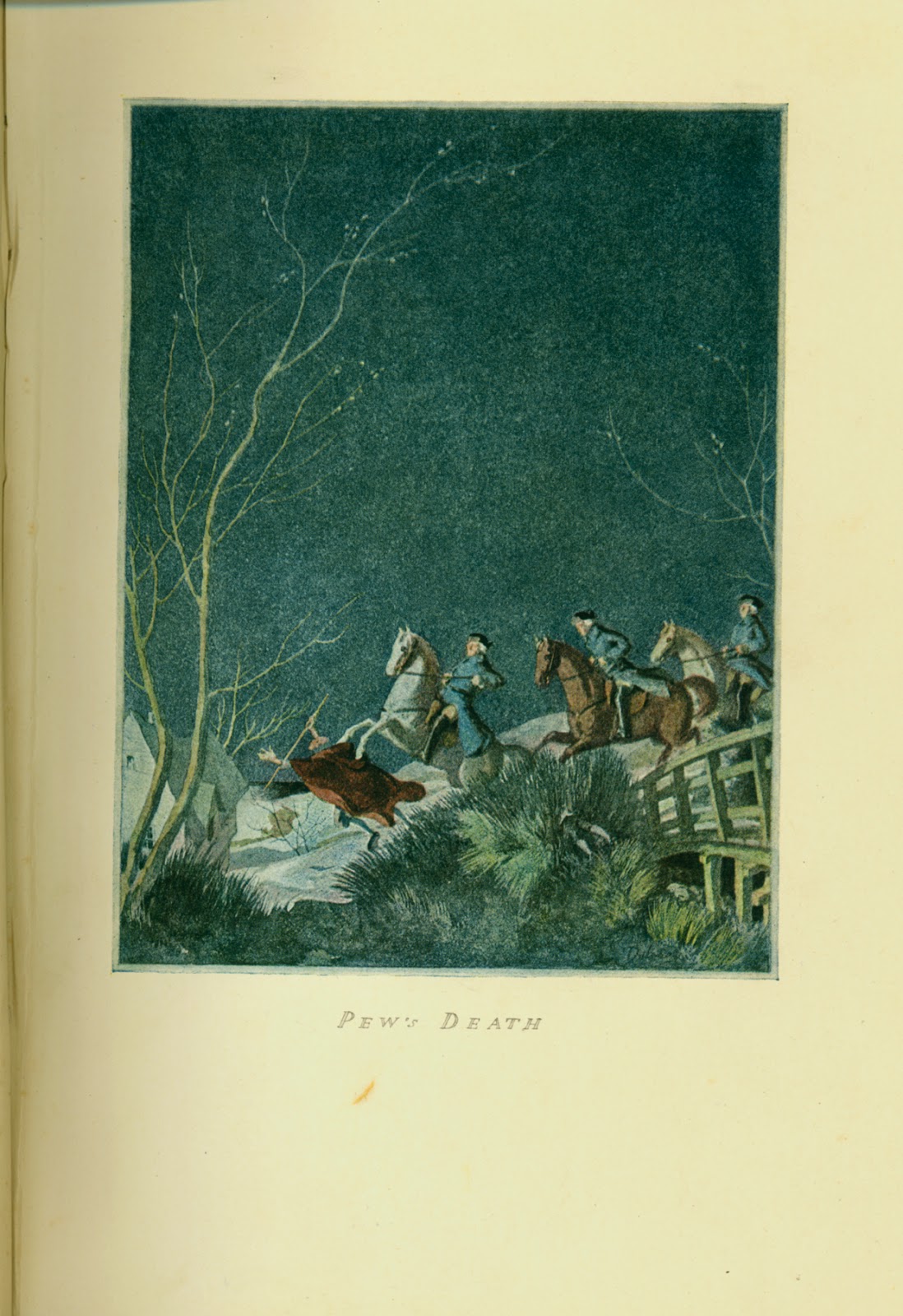 John's Treasure Island is very different from the edition I had as a child, published in 1927, with pictures by Edmund Dulac.
I remember having a fearful fascination for old blind Pew. This must have come from Stevenson’s words for when I looked again at my Dulac illustration of Pew, it was not the image above that had worked on my imagination. 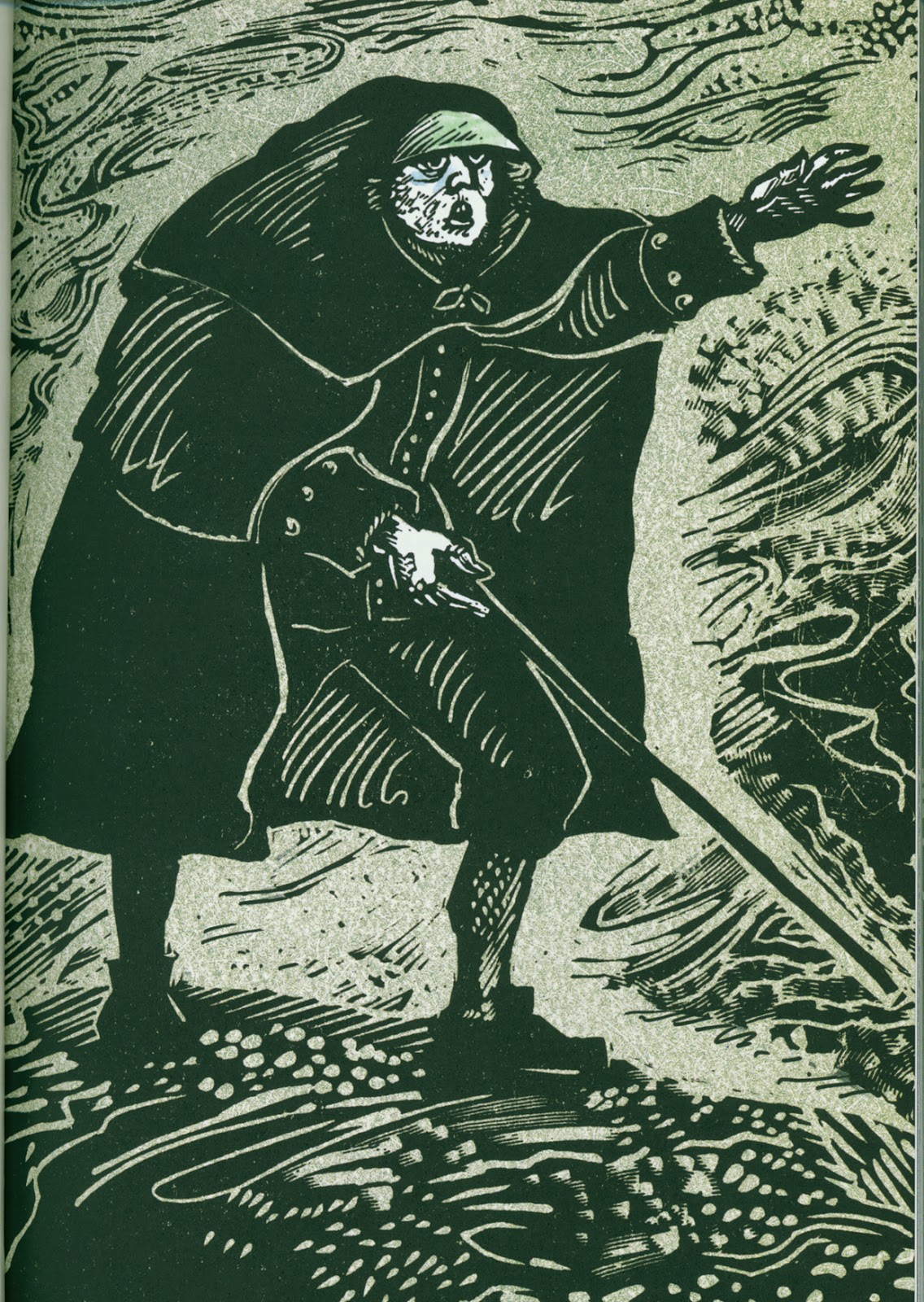 John Lawrence’s Pew, on the other hand, does impact on the imagination. 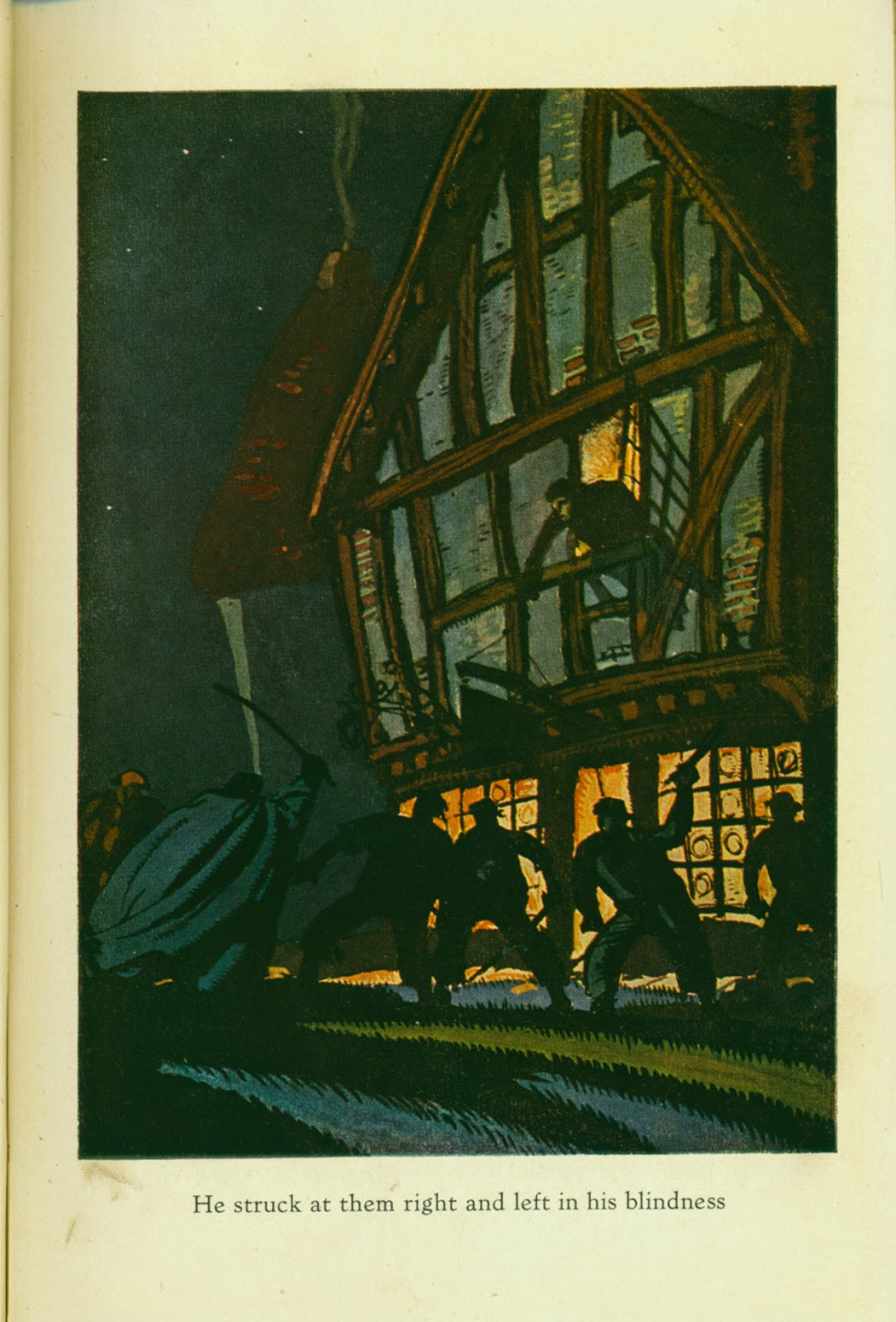 The strong black line reminds me a bit of Roland Hilder’s Treasure Island, published by Oxford University Press in 1944. 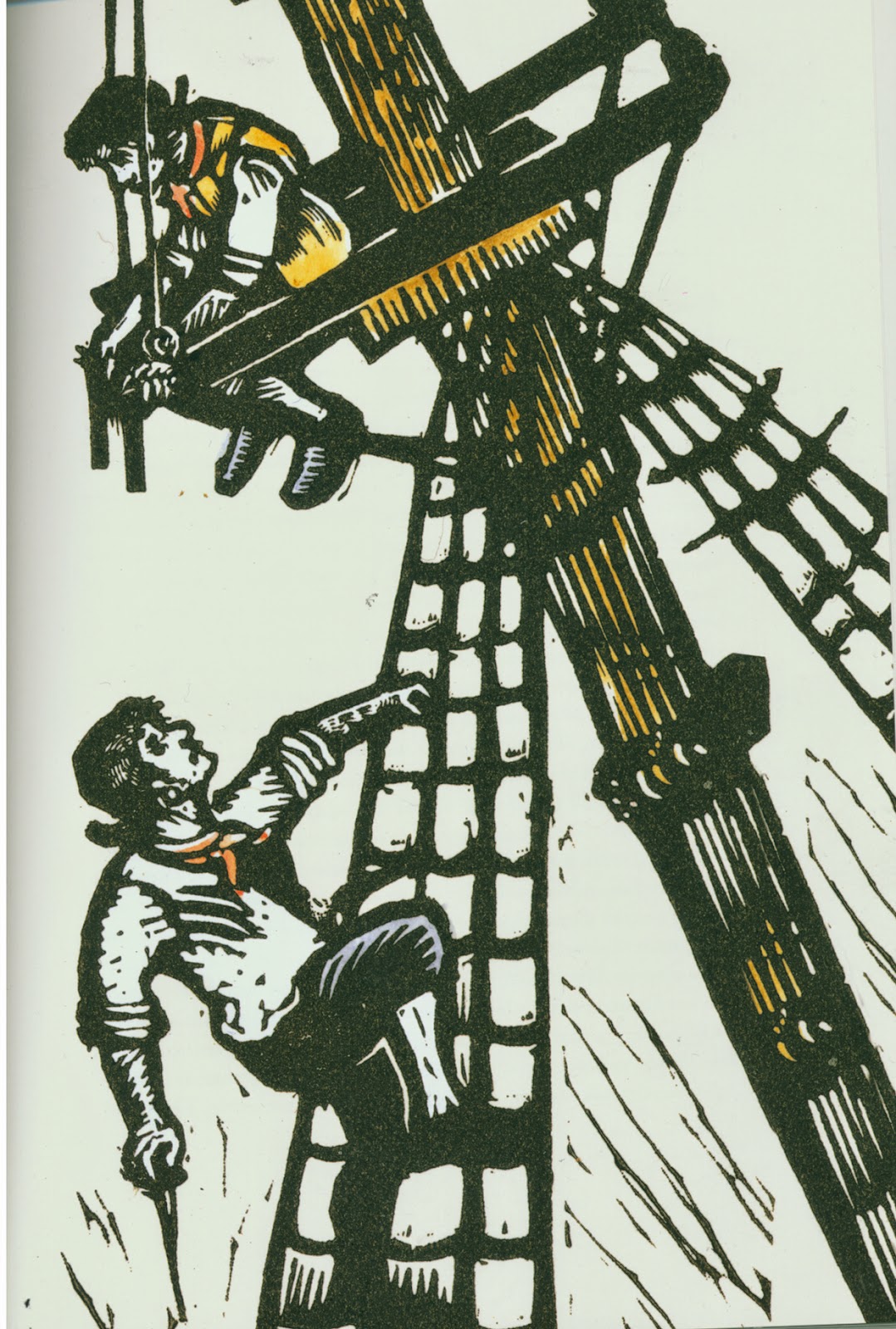 I particularly love this image of John’s. The bold line makes it more eye catching than the one I grew up with: 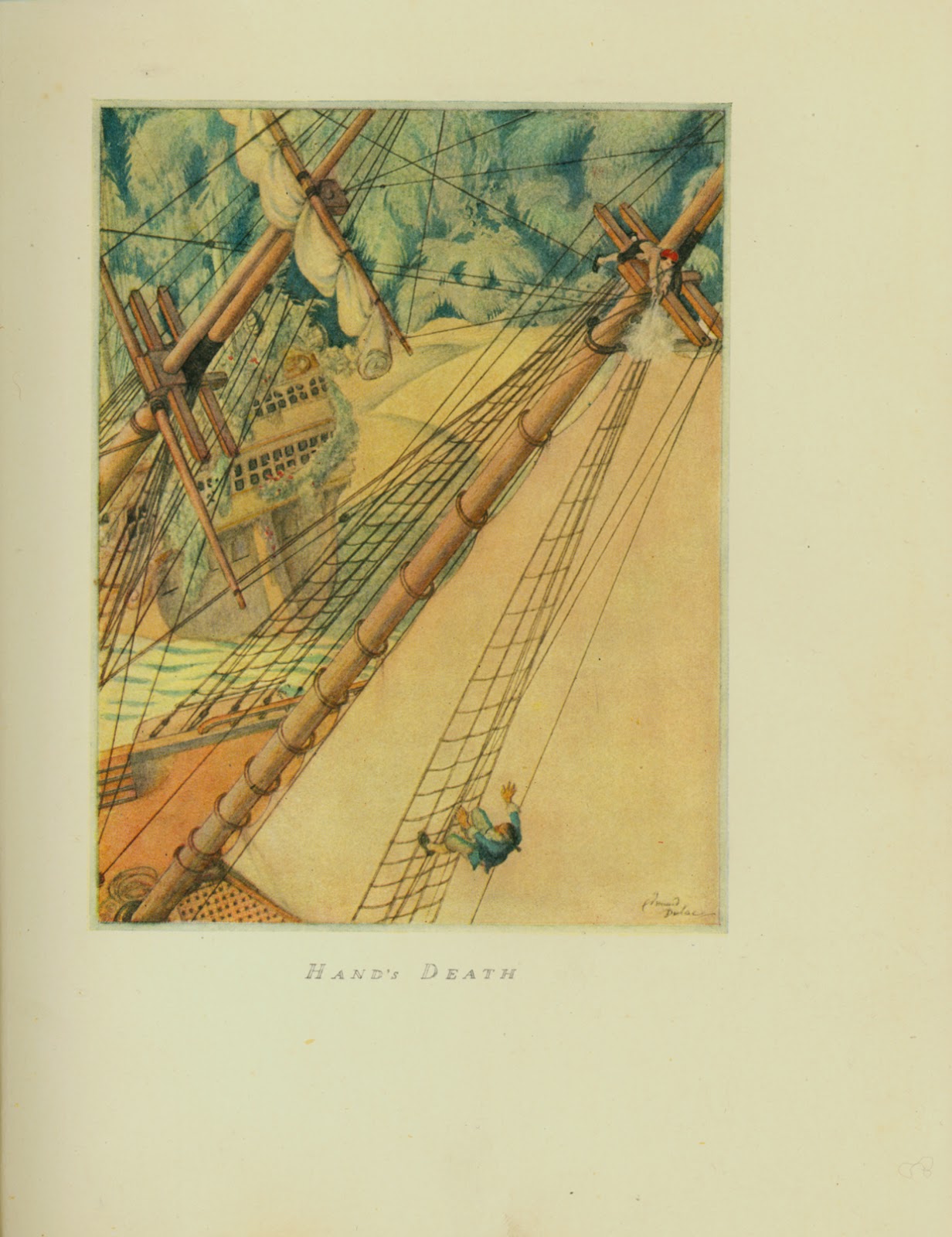 though I’ve always loved the perspective in this Dulac illustration. 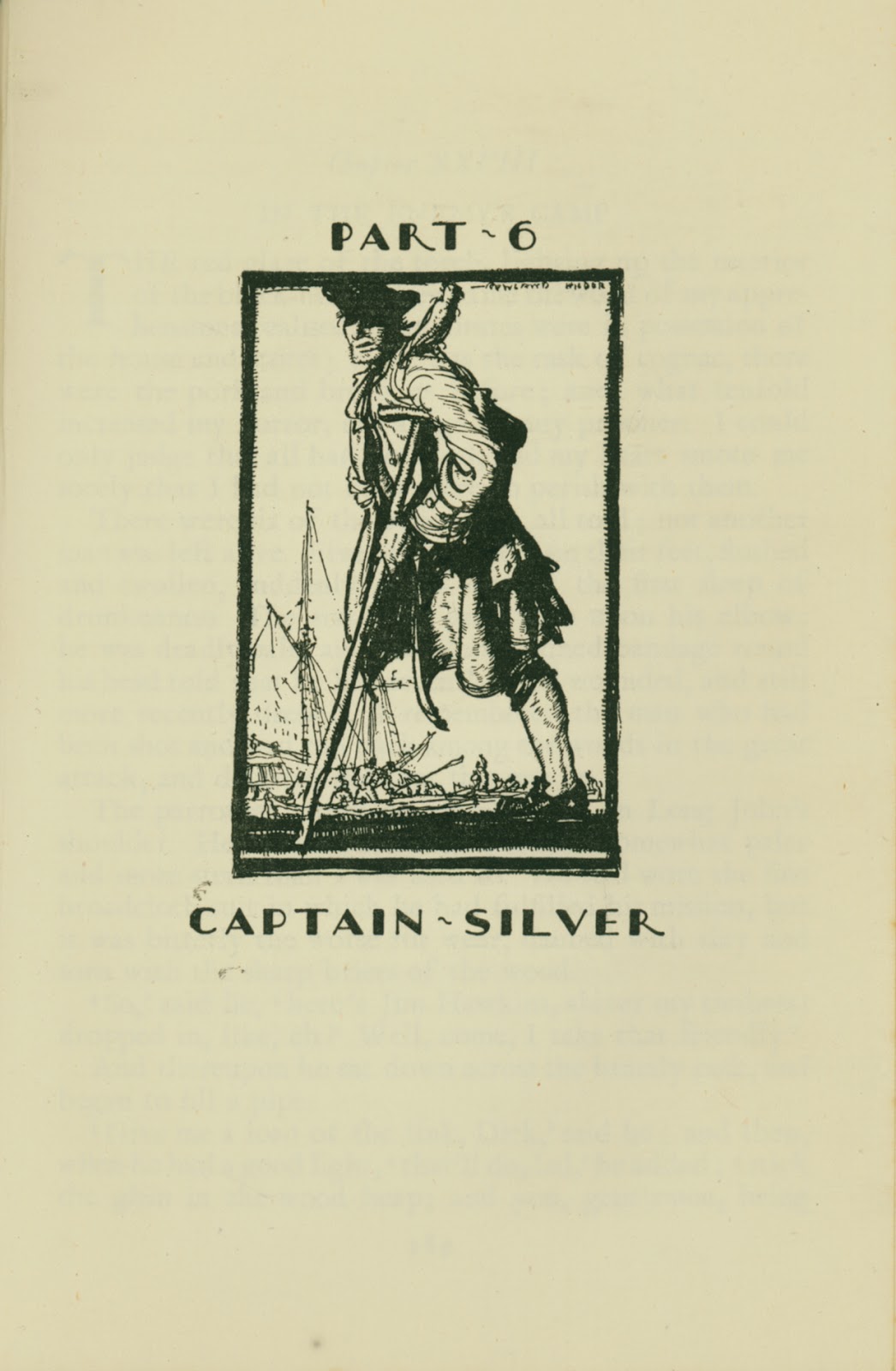 Both Roland Hilder and John Lawrence include illustrated chapter headings whereas my Dulac edition just has the coloured plates. 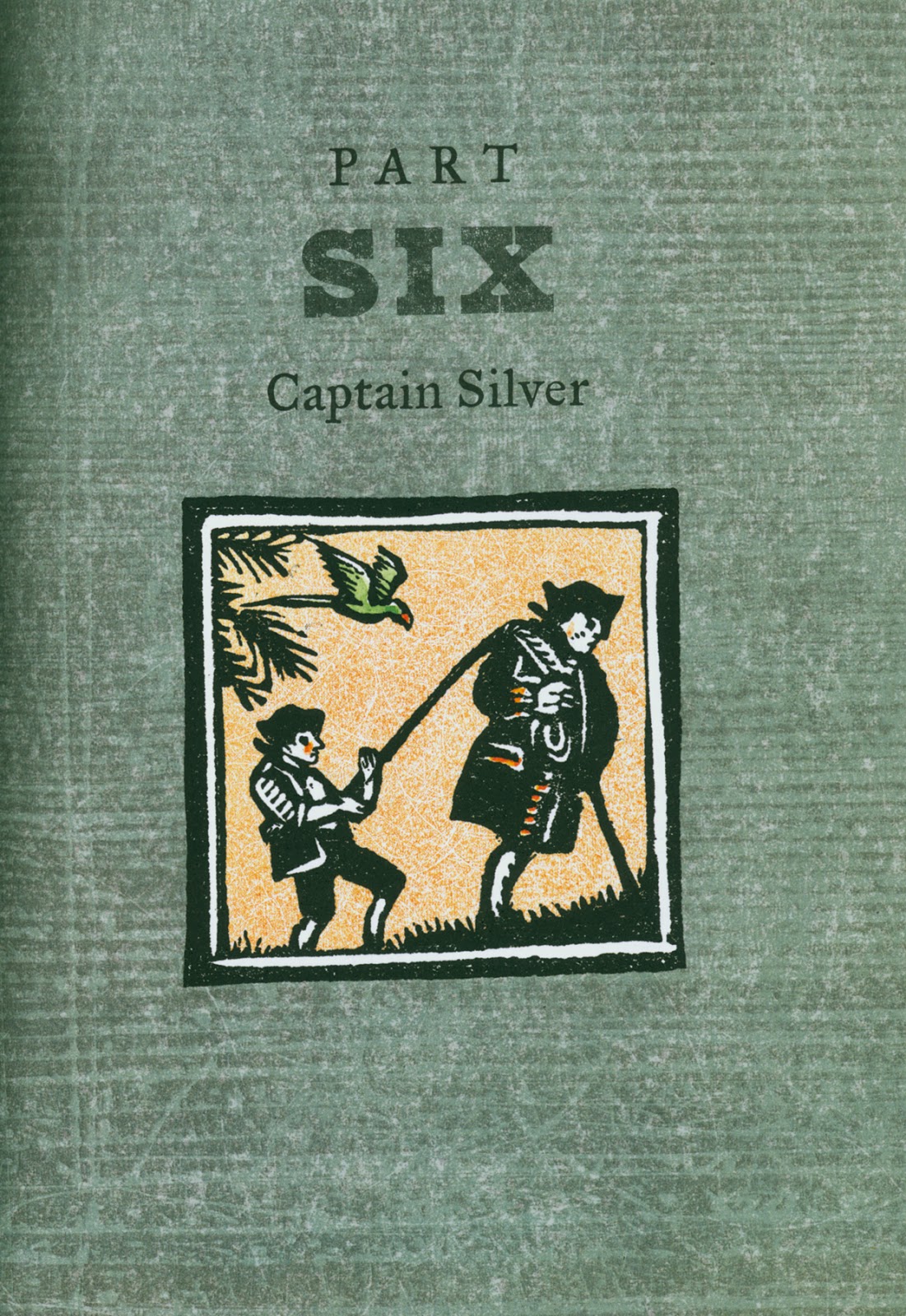 John is a real craftsman – working meticulously with etching, lino prints and collage. Here, he is showing me the etching plates and lino cuts of the illustrations he is working on at the moment; a factual book about crocodiles. I can’t wait to see it published. 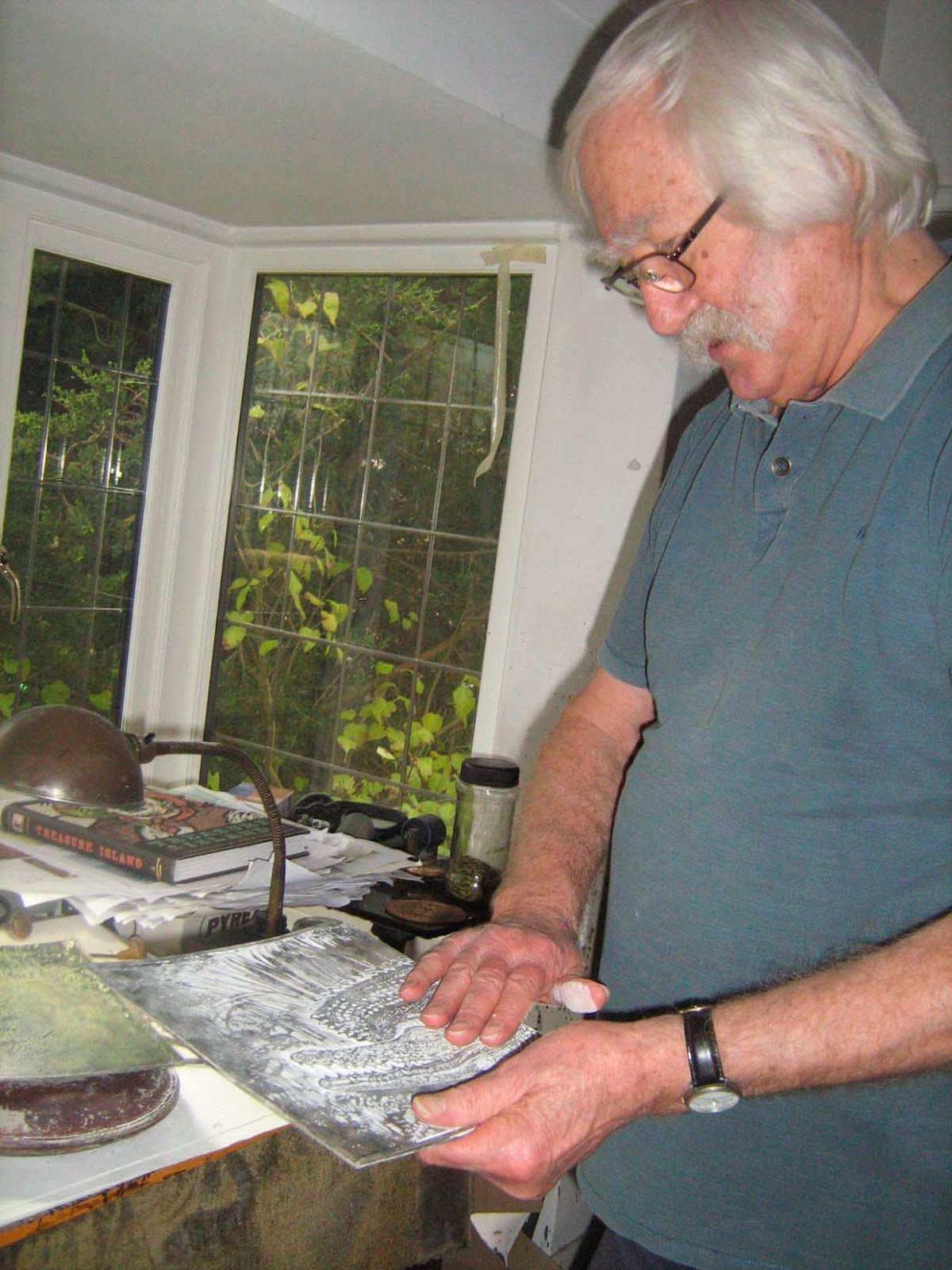 Posted by Gillian McClure at 08:30