THINGS THAT CAN COMFORT 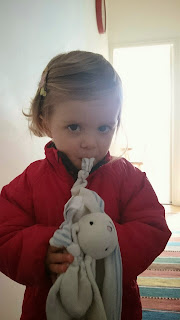 Well, mine was a lamb – his name was Baa-nim. The only bit of Baar-nim that had magical comforting powers was his tail which I rubbed against my nose. Baar-nim’s tail had to be replaced several times during my childhood and now it is gone for good. 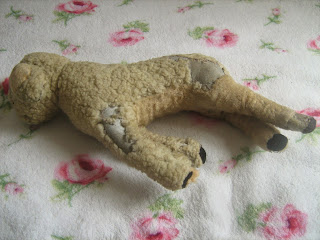 One of my sons didn’t need a special thing; just sucked his thumb. The other two did; one had a ‘Shawly’ (originally a beautiful shawl knitted by a Scottish neighbour at his birth) and the other a ‘Bompy;’ a striped football scarf. ‘Shawly’ and ‘Bompy’ survived surreptitiously all through Primary school; were both smuggled into Cubs camp and hidden at the bottom of sleeping bags. My sons weren’t the only Cubs with comforters. Hidden in every sleeping bag in every tent was some sucked, worn, unravelling, but very precious thing, that mustn't be discovered for fear it would be mocked. 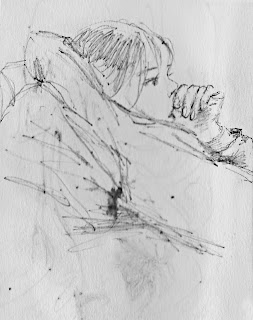 Now there’s money to be made out of comforters: little creatures designed with dangly bits to suck and stroke that regularly have to be replaced. This little girl needs at least three at night plus several more replacements in the washing machine. But her army of bunnies do the trick because with them all around her, she’s happy to go to bed and doesn’t mind the dark. 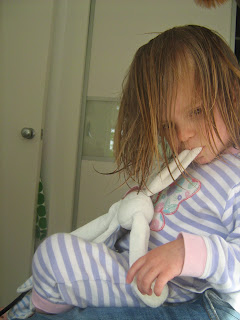 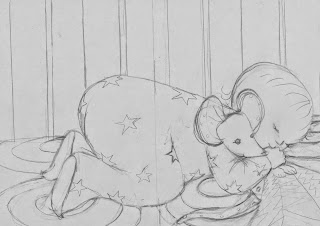 Posted by Gillian McClure at 06:38