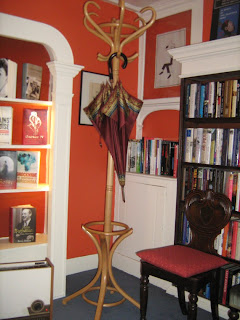 I recently had a meeting over lunch with my very first editor, Pam Royds, in a small room at John Murray Publishers in Albemarle Road. The room was haunted.

John Murray is a descendant of Byron’s publisher and I was told Byron broke off with Mary Lamb in this very room. Was the ghost a hysterical Mary Lamb or some other rejected author?

No unhappy ghost came between Pam and me as we enjoyed our talk and sandwiches. The feeling in the room was good. So perhaps the ghost was a happy one; an author who’d received a huge book deal and wanted to return and relive the moment, again and again throughout eternity. That's what my ghost would do. 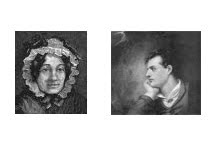 My own granny had a ghost story. When she was a teenager she saw a ghost of a young woman climbing the stairs in her house. The ghost was wearing a uniform she didn’t recognise. Some years later when WW2 broke out, my granny joined the WVS and when she was given her uniform she saw it was identical to the uniform worn by the young woman climbing the stairs. The ghost had been herself.
Posted by Gillian McClure at 05:57