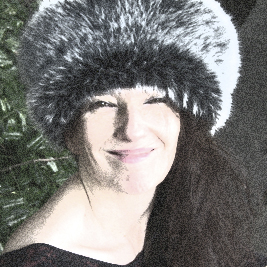 I've known Amanda Hall a long time and have always admired her work. So it's great to see her books doing well and her illustrations selling in the Chris Beetles Gallery. As my blog guest, I shall be asking Amanda about her books and illustrations and I'd like to start by asking about exhibiting and selling artwork; something illustrators can do but writers can't.
G:   What is it like exhibiting at the Chris Beetles Gallery, Amanda?
A: The Chris Beetles Gallery has been in Ryder Street, St James's, since 1975. Sited just off London's Piccadilly, it specialises in illustration as well as traditional British water colours, oils and sculptures, and there is now another gallery for photographs in Swallow Street. I've been on this wonderful gallery's mailing list for many years and originally met Chris Beetles in the mid 90s, after my book The Barefoot Book of Animal Tales  (Barefoot Books) . 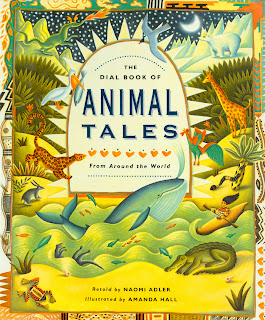 I popped into the gallery a few years ago (having just bought a hat from Lock and Co. nearby!) and was delighted to find that Chris remembered my work and was interested in seeing what I had been up to during the intervening years. Although I believe he had looked at images on my website, he always likes to see the original illustrations, so I made a couple of trips down from Cambridge to show him my current work. He very much liked my illustrations for The Lion Classic Aesop's Fables (Lion Children's Books) 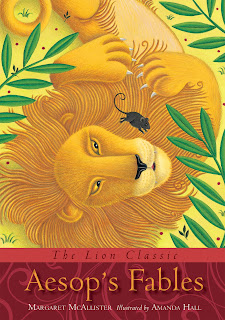 and decided to include most of the originals in his 2011 show THE ILLUSTRATORS: The British Art of Illustration, the winter exhibition he stages between November and January every year. My pictures have been met with enthusiasm by the public and have continued to sell from the gallery's website, Chris Beetles . This last year, many of the images from my most recent publication -The Fantastic Jungles of Henri Rousseau (Eerdmans Books for Young Readers) were included in his 2012 winter show and have also been met with interest by the art-buying public.
So, to answer your question, Gillian--it's great to have this very special outlet for my original artwork! 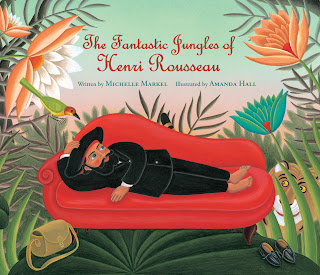 G: Your illustrations obviously bowled Chris Beetles over, Amanda. But perhaps the hat did too! I 'll have to invest in a hat like your fur one see if it does the trick for me. I’d love to know more about how you go about doing your illustrations. 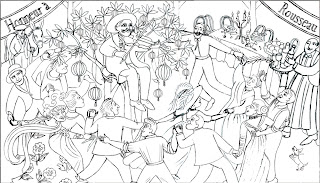 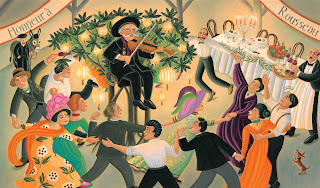 A: Like a lot of illustrators I have evolved my own approach to create my illustrations. I began using pencil crayons at college, and there was a real vogue for using crayon at the time. I also worked in water colour, but only started putting the two together later. I also explored crosshatching, working in black ink for the very dark Gothic effect I was after at the time.

Now I usually work on stretched water colour paper with a smooth surface. I begin with pencil lines, based on the design in my rough (approved by the client), which I then paint into using water colour inks. I prefer these to solid water colour paints, as they are cleaner, purer colours. Once that stage is complete and dry, I rub out all the pencil lines and start working further into the image either with pencil crayon, gouache or acrylic inks and paints, depending on the effect I want for the particular commission. This final stage takes a long time, as I build up layers of colour slowly and carefully.

G: Thank you, Amanda, for sharing all this and good luck with your new project which I gather is top secret.
The roughs and corresponding artwork above belongs to:

Meanwhile, I'm off to buy a fur hat as winter doesn't seem to be ending this year.