THE CHILDREN OF GREEN KNOWE 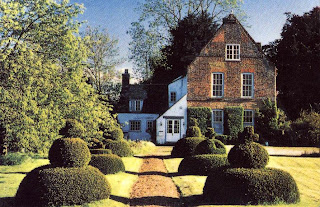 I first became acquainted with the  Green Knowe books by Lucy Boston after visiting the Manor at Hemmingford Grey; the setting for these magical stories. 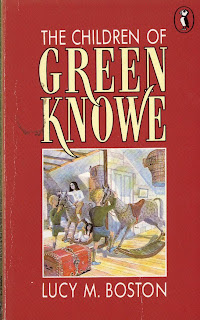 Now there's a Julian Fellowes film , From Time to Time, based on the second book in the series, The Chimneys of Green  Knowe. Here's a trailer: Julian Fellowes Interview
Just before Christmas I went to a private showing of  it at the Cambridge Arts Picture House, when Diana Boston, Lucy's daughter-in-law, gave an introductory talk. Despite there being no mention of Green Knowe in the title of the film, a lot of Green Knowe fans still got to hear about it and a larger auditorium had to be requisitioned. Diana told us some interesting facts about the film - that she herself makes a brief appearance in the party scene, that Julian Fellowes was already beginning to think about Downton Abbey during the making of this film. And I was amazed to learn that From Time to Time had had no publicity; was not on general release - just showing in village halls despite having a star cast: Maggie Smith, Hugh Bonneville and Timothy Spall. 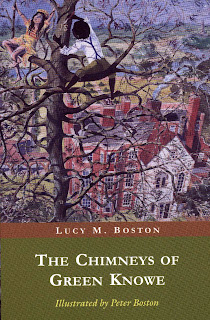 But perhaps that will now all change after the showing on Boxing Day TV.
Posted by Gillian McClure at 02:28