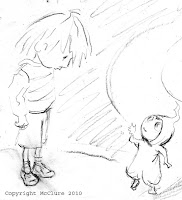 It was after being impressed by the intelligence of a six-year-old who happened to have a large head and very spindly legs that I started to draw children like that. He has become the child proto-type I carry in my head for all my child characters.
Quentin Blake, in a review of Selkie in Books For Keeps said 'there was something reminiscent of the fairyland illustrations of Dicky Doyle' in my illustrations.

Dicky Doyle was a Victorian illustrator, 1824- 1883, who also went in for large heads.  Perhaps that was what Quentin Blake was referring to. Here are two examples of Dicky Doyle's work: 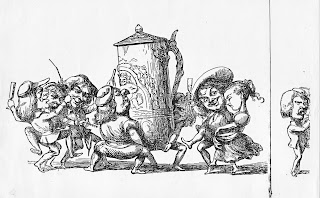 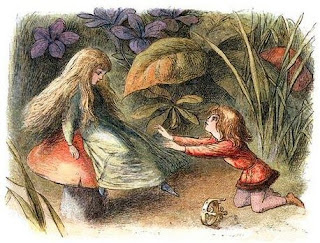 And here is a page from Selkie with that child with the large head and spindly legs: 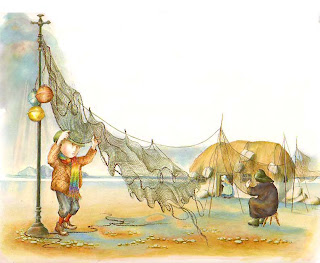 Posted by Gillian McClure at 08:12