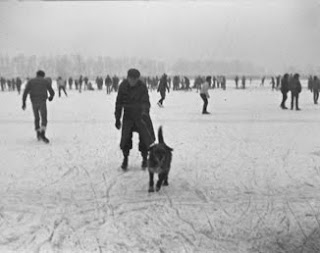 January is the month the Fens can freeze and there's skating on the flooded fields out at Earith, Upware and Welney.  If you go through the ice you won't drown. 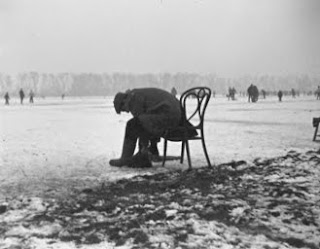 Not so on the Lake of Menteith in Scotland when Bonspiels were held in 1079 and 1981 and skaters had to make way for the curlers; there the water was very deep. 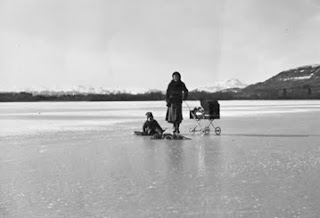 Oh dear is that a Mothercare pram in the middle of the lake ? At the Bonspiels the curlers drank so much the local pub ran dry and a mist of whisky fumes hung over the ice but no one fell through. 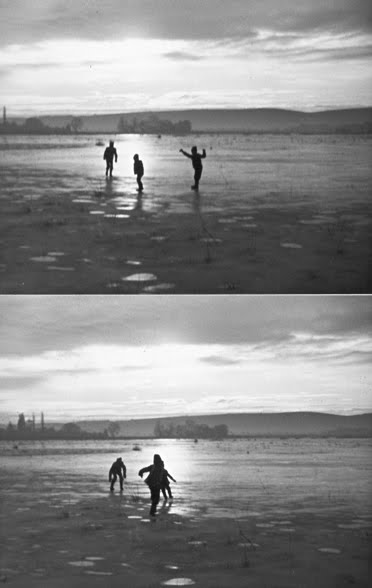 This photo taken on Pulborough wild brooks reminds me of the boys in the short story Sliding by Leslie Norris:
'Then, unexpectantly, without warning, he found himself free of the binding friction that held him. He had begun to glide.'
Last year I too briefly experienced the magic of gliding without friction, propelled by the wind over the ice at Earith. And then I fell and was brought down to earth with two broken wrists. This New Year resolution is to avoid skating backwards and stay upright. 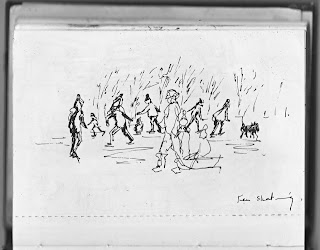 Posted by Gillian McClure at 05:59